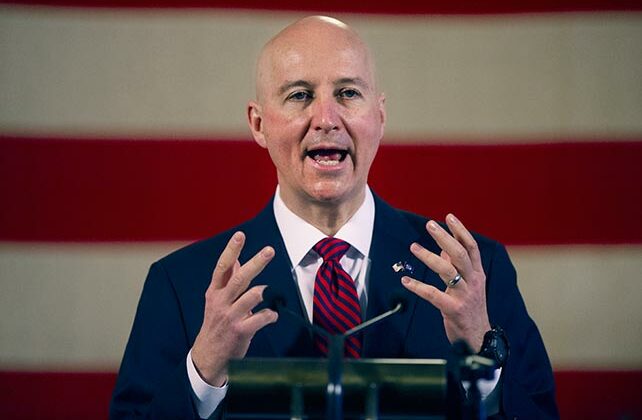 OMAHA, Neb. (AP) Nebraska education officials announced Thursday that they have largely scrapped plans for gender identity lessons in public school curriculum after an uproar from conservatives who argued that the topics weren’t appropriate for children.

The new draft of the proposed sexual standards from the Nebraska Department of Education came after agency officials faced intense criticism from parents, school boards, state lawmakers and Republican Gov. Pete Ricketts, who held town hall events to blast the proposal. Opponents flooded a meeting of the Nebraska State Board of Education, an elected board that oversees the agency.

“What we’re really trying to do is understand what Nebraskans as a whole accept as a standard and an expectation of what our students learn in school,” Matthew Blomstedt, Nebraska’s education commissioner, said Thursday at a press conference. “There’s always going to be a little bit of tensions over those types of issues, especially in this sense.”

Nebraska currently has no statewide sex education standards. Even if adopted, the proposal would just be recommendations that school districts could use or ignore.

Most of those lessons were removed from the new draft, although seventh graders would still be taught that biological sex and gender identity may differ, raising concerns from social conservatives.

Blomstedt said school officials tried to balance the wishes of concerned parents and those of the LGBTQ community, whose members have argued that schools need to educate students about groups that feel excluded because of how they identify. He said the department also wanted to defer to local schools.

“Standards and structure will not solve all of those issues,” he said. He went on to add, “We’re going to have those challenges whether we adopted those standards or not.”

Still, advocates for the LGBTQ community blasted the decision to gut major parts of the first draft.

“Nebraska schools need to be welcome, safe spaces for all students,” said Abbi Swatsworth, executive director of OutNebraska. “This erasure does nothing to protect LGBTQ+ students. The fact that LGBTQ+ people exist should not be controversial. We will continue to advocate for medically accurate, inclusive standards for our community.”

State Sen. Patty Pansing Brooks, of Lincoln, said she was “completely disappointed” with the board’s decision and believes members “caved in” to political pressures. She said she understands the board’s situation but hopes state officials write another draft.

“We have to trust educators and mental health experts to make the best decisions for Nebraska children, not by putting our heads in the sand and acting like LGBTQ students don’t exist,” said Pansing Brooks, a leading advocate for the community.

Jo Giles, executive director for the Women’s Fund of Omaha, said her group was also concerned that lessons on preventing pregnancy and sexually transmitted disease were removed from the original draft.

Giles said it’s important to teach students about the issues before high school, when some become sexually active. She said it’s unrealistic to rely solely on parents, because some students are in abusive households.

The decision didn’t satisfy social conservatives, either, who expressed anger that the department even introduced the proposal in the first place.

“The trust just isn’t there right now,” said Sen. Joni Albrecht, of Thurston, who helped organize opposition to the measure among a majority of Nebraska lawmakers. “The public doesn’t believe that they’re really, truly going to do what’s right.”

In a statement, Ricketts said the new proposed standards “still need improvement” because they teach the concept of gender identity. Ricketts said sex education and similar topics should be addressed at home, not in schools.

“The continued presence of gender ideology in the standards leaves the door open for this material to be expanded either before these draft standards are approved or in future years when these standards are revisited,” Ricketts said.

The debate has stirred strong emotions in Nebraska, a state that has maintained socially conservative policies for decades.

Nebraska still has a one-man, one-woman marriage requirement in the state constitution that voters approved in 2000, even though the U.S. Supreme Court has declared such measures unenforceable. Some state lawmakers have discussed a constitutional amendment to remove that language, but quietly dropped the issue out of concern that voters would reject that effort and put Nebraska in the national spotlight.

The state education board will meet next week to hear public input on the new standards.