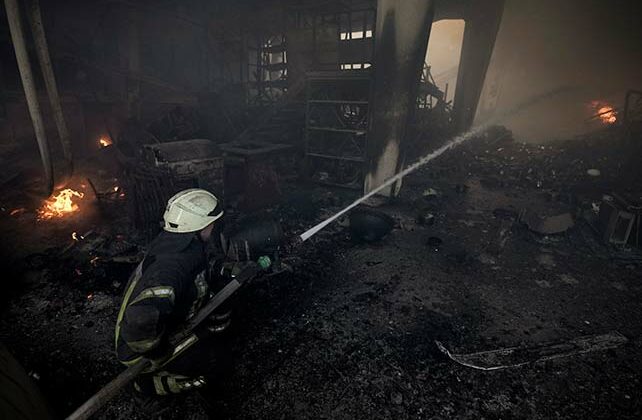 By The Associated Press

NATO Secretary-General Jens Stoltenberg says the military alliance is stepping up its defenses against chemical and nuclear weapons as concern mounts that Russia might use such weapons in Ukraine.

Stoltenberg says that NATO leaders agreed at their summit Thursday to send equipment to Ukraine to help protect it against a chemical weapons attack.

“This could include detection equipment, protection, and medical support, as well as training for decontamination and crisis management,” he told reporters after meeting in Brussels.

But Stoltenberg says the 30 NATO allies are boosting their own “preparedness and readiness.”

The leaders agreed Thursday to deploy four new battlegroups, which usually number from 1,000-1,500 troops, to Slovakia, Hungary, Romania and Bulgaria. Four other battlegroups are stationed in the Baltic States and Poland.

NATO nations are concerned that Russia’s attempt to falsely accuse them of working on chemical or biological weapons in Ukraine is part of a ruse by Moscow to create a pretext for using such arms itself.