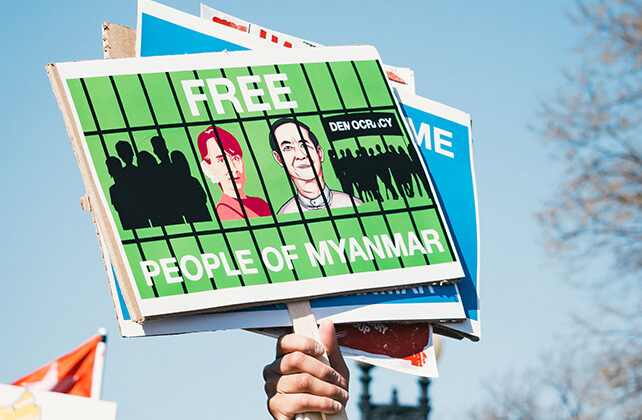 (International Christian Concern) There is no sign showing that the Burmese military (Tatmadaw) is willing to concede its quest for a permanent reign over Myanmar. On the contrary, since the February 1 coup, as the pro-democracy protestors fiercely push back against the Tatmadaw’s aggression, the latter has expanded its attacks from targeted cities to several states, especially those with Christian-majority with ethnic militias.

More than 50,000 civilians have been forced to leave their homes in Kayah and neighboring Shan State due to the intensified clashes between the Tatmadaw and pro-democracy groups since the coup. Many of the internally displaced persons (IDPs) are seeking shelter at monasteries, convents, and churches, yet safety is not guaranteed, as in the case of Kayah.