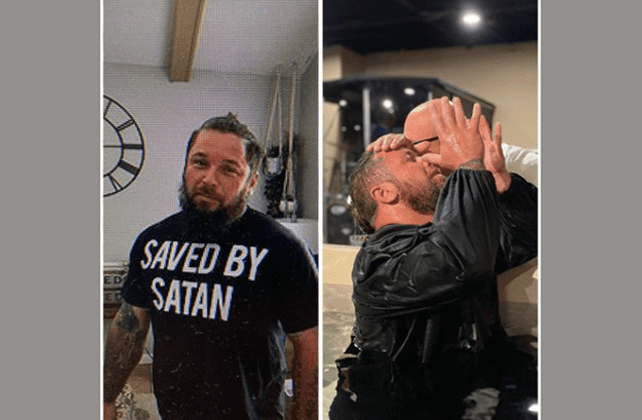 This past weekend, an unlikely convert’s story of coming to faith in Jesus went viral on Facebook. Carl Sartor, 35, shared about how he went from being a Satanist to being baptized this past November.

“I’ve never been a spiritual person. I believed when you die you [were] dead. That was it. I’ve been running from God since I was about 5. I would argue you tooth and nail that he did not exist,” Sartor said in the Facebook post on Sunday evening, which featured an image of Sartor wearing a shirt that said “Saved by Satan,” alongside a picture of his baptism.

“I was living in a vicious cycle of drugs and alcohol. I had a severe anger problem. I blamed everyone and everything. I also blamed God. I decided to try something different after all else [had] failed,” Sartor continued. “I got baptized in November and for the first time in my life I felt whole.”