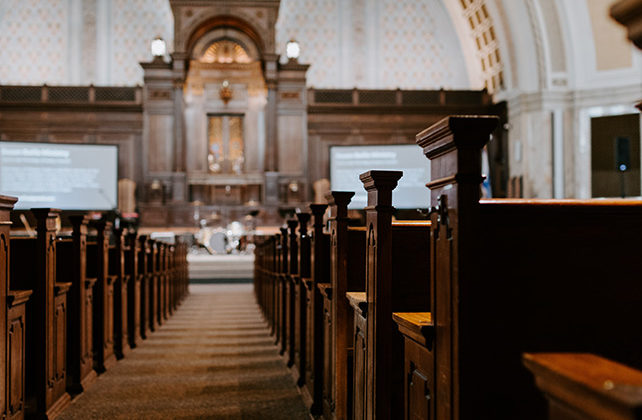 DETROIT (AP) A man who has been staying in a Detroit church since 2018 to avoid deportation to Albania can live freely again after being assured by the U.S. government that he won’t be removed from the country, an attorney said Wednesday.

“After more than three years, the ordeal of the Rranxburgaj family has come to an end,” George Mann said.

Central United Methodist Church, next to the ballpark where the Detroit Tigers play, gave sanctuary to Ded Rranxburgaj and his family more than three years ago after immigration authorities in the Trump administration ordered him deported.

Rranxburgaj earlier had been allowed to stay in the U.S. to care for his wife, Flora, who has multiple sclerosis but still was required to check in with immigration officials. He said he was told in 2017 that his visa would no longer be honored.

But the Biden administration apparently has changed course. The Rev. Jill Hardt Zundel said Rranxburgaj must check in every month through a phone app. She created a GoFundMe page to help the family.

ICE spokeswoman Alethea Smock declined to comment specifically on Rranxburgaj’s case but said the agency was focusing its “limited resources on threats to national security, border security and public safety.”