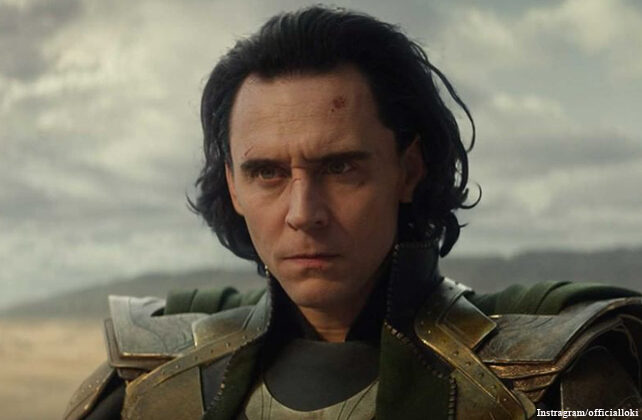 (AV Club) A decade after his introduction in Thor, it’s now confirmed that Marvel Cinematic Universe’s Loki (Tom Hiddleston) is canonically queer. The reveal shouldn’t be a surprise because in the comics, Loki is both pansexual and gender fluid; the latter bit was also confirmed in the premiere of Disney+’s Loki. Now, in episode three, titled “Lamentis,” Loki casually states he is bisexual, too. Happy Pride Month, indeed.

In this week’s episode, Loki and the female variant, Sylvie (Sophia Di Martino), are stuck on a moon called Lamentis-1 in the year 2077, just hours before it’s about to be destroyed by its primary planet. They have no choice but to bond as they plot their escape from doomsday (which Sylvie notes is the only apocalypse she’s ventured through that really does destroy everything). While traveling on a high-speed train, the two discuss their past(s) and a curious Loki asks Sylvie about her love life. She averts it by returning the question to him, leading to the following exchange: