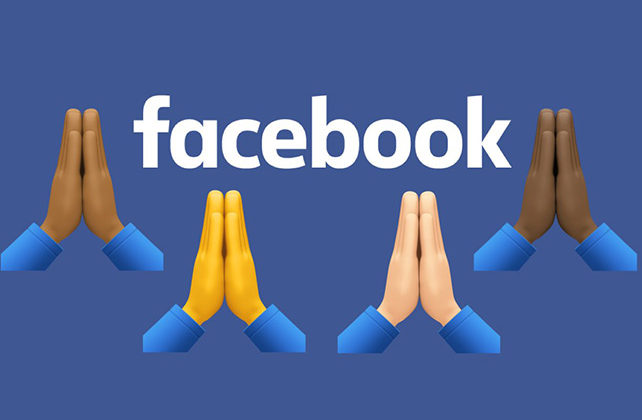 “Wondering what fb algorithm thinks it knows about me?” Jones mused.

The new Facebook feature? Prayer posts. The function will allow members of Facebook groups to ask for and respond to prayer requests.

A Facebook spokesperson confirmed to Religion News Service that the social media platform is currently testing the prayer post feature.

The idea for prayer posts grew out of the myriad ways users have connected over Facebook while distancing during the COVID-19 pandemic, according to the spokesperson.

“Our mission to give people the power to build community extends to the world’s largest community; the faith community,” Nona Jones, head of Global Faith Partnerships at Facebook, said in a written statement to RNS.

“As a local church pastor with my husband, I know very well how disruptive the last year has been for people of faith and the houses of worship that serve them,” Jones said. “This is why we are committed to finding ways to build the tools that help people connect to hope on Facebook.”

In its Year in Review, Facebook noted that the week of Easter and Passover 2020 — which fell in early April, about a month into lockdowns across the country — saw the most group video calls ever on Messenger, Facebook’s private messaging app. It also saw the most Facebook Live broadcasts from “spiritual” Facebook pages.

Prayer posts are being tested within a subset of groups in the United States, according to Facebook. The spokesperson did not elaborate what criteria make up that subset.

Group administrators must opt in to allow members to use the feature, which gives members the option to post prayer requests in the group.

Other members can then click a “pray” button to let the original poster know they have prayed for their request. They also can choose a reaction, leave a comment or send a private message to the poster.

Facebook is also exploring additional tools to support faith and spirituality communities, including its #MonthForGood campaign during the Muslim observance of Ramadan, according to the spokesperson.