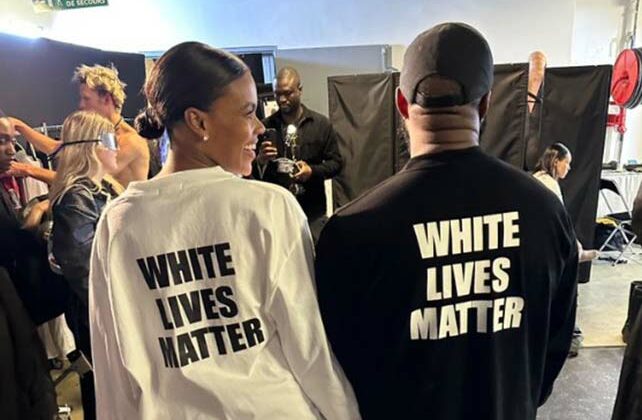 West’s shirt was black with large white lettering on the back, and Owens’ shirt was white with large black lettering, also on the back—both with the identical phrase. The front of the shirts featured a picture of the Pope’s face.

Owens posted the image of her smiling as she stood next to West on Twitter, a tweet that garnered over 105,000 likes and 14,300 retweets along with an endless string of comments both for and against the rapper’s branded shirts.