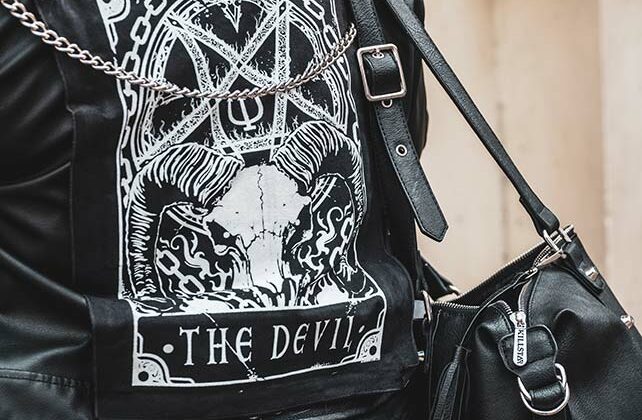 HAYS, Kan. (AP) — Hays school officials are reconsidering the district’s dress code for elementary and middle school students after a parent asked that a ban on clothing that references satanism be removed.

Mary Turner, who has three children in the district, told the Board of Education last week that her family has belonged to the Satanic Temple for years.

She noted the district’s non-discrimination policy says no student will be discriminated against based on their religion but dress codes for the elementary and middle schools specifically ban any attire that references satanism. The high school dress code does not explicitly ban satanic references.

RELATED: ‘Satan Is After the Children’—Christian Influencer Says ‘Yoga Barbie’ Can Lead to Demonic Possession

The Satanic Temple has been a federally recognized church since 2019.

“Banning satanic students from wearing clothes that declares their faith while allowing students of all other faiths to wear similar clothing is an act of discrimination,” Turner told the board. She declined to comment further on Monday.

Superintendent Ron Wilson said the basis for any dress code policy is not a moral statement but whether the clothing is disruptive.

After discussion by board members, Wilson said he would talk to school administrators about reworking the policy and bring it back to the board for final approval on Aug. 5.