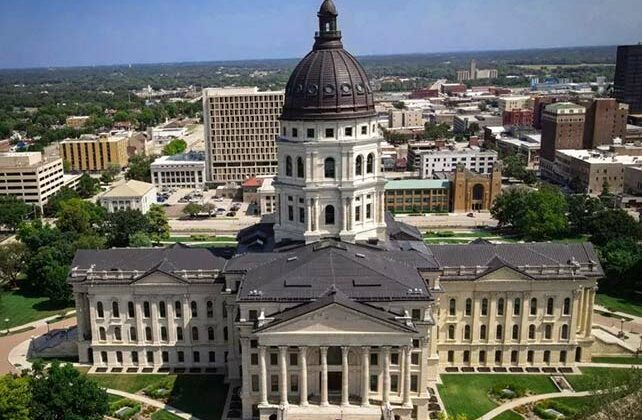 NASHVILLE (BP)—A Southern Baptist ethics leader and other pro-life advocates expressed disappointment but resolve in response to the rejection by Kansas voters of an amendment to affirm the state constitution does not protect the right to abortion.

Kansans defeated the Value Them Both Amendment by 59-41 percent Tuesday (Aug. 2) in the nation’s first statewide vote on abortion since the U.S. Supreme Court reversed the Roe v. Wade ruling. In its June 24 decision in Dobbs v. Jackson Women’s Health Organization, the high court returned abortion policy to the states by overruling the 1973 opinion that legalized abortion nationwide.

In an explanation provided for voters, the ballot said a vote against the amendment “could restrict the people, through their elected state legislators, from regulating abortion by leaving in place the recently recognized right to abortion.” The amendment’s supporters expressed concerns a loss in the election would make Kansas a popular destination for abortion-minded women from neighboring states with abortion bans.

The defeat of the Kansas amendment came amidst frequent actions in the post-Roe era by courts that have been both favorable and unfavorable to state bans and by the Biden administration to try to protect abortion rights.

Brent Leatherwood, acting president of the Southern Baptist Ethics & Religious Liberty Commission, described the Kansas result as “a setback for the efforts to save lives there. At the same time, we must realize there are going to be successes and challenges now that the Dobbs decision has put the question of abortion to the states. This is why we have said all along that the fall of Roe does not mean the end of the pro-life movement, but instead it signals the beginning of a new chapter.”

Leatherwood told Baptist Press in written comments, “To win these types of initiatives, local engagement will be key. But even before that, at a more foundational level, this is why pastors and Christians must continue our good work to appeal to consciences about the sanctity of preborn lives with our neighbors and in our communities.

“In that sense, my hope is that the Kansas amendment’s failure can serve as a reminder that the deliberate and thoughtful work of the pro-life movement must continue as we change one heart at a time, state by state.”

The Value Them Both Coalition, the state organization backing the amendment, said in a written statement, “This outcome is a temporary setback, and our dedicated fight to value women and babies is far from over. As our state becomes an abortion destination, it will be even more important for Kansans to support” pregnancy resource centers and other entities that offer care to women experiencing unplanned pregnancies.

Michael New, a researcher and associate scholar with the Charlotte Lozier Institute, sought to encourage pro-life advocates on Twitter. “Please do not despair, this was going to be an uphill battle” for pro-lifers, he wrote.

Historically, for pro-lifers to prevail in a statewide initiative, the “policy change must be incremental and difficult to caricature or demonize. The implications of ‘Value Them Both’ were unclear and that made it easier for our opponents to distort the measure,” New tweeted. “[A] narrower ballot proposition” in the future “would be much easier for pro-lifers to win. Tonight might not have been our night, but the future is still ours!”

RELATED: Laura Lewis: What Women Who Have Had Abortions Need From Your Church

In a written statement, Kansans for Constitutional Freedom, the coalition opposing the amendment, described the result as “truly a historic day for Kansas — and for America. We won this historic battle to protect women’s constitutional rights — and we BLOCKED this dangerous anti-abortion amendment.”

Alexis McGill Johnson – president of the Planned Parenthood Federation of America, the country’s No. 1 abortion provider – tweeted, “Tonight, Kansas came out for abortion rights! They set a precedent for protecting reproductive freedom in the first vote on abortion post-Roe. Anti-abortion politicians across the country should brace themselves to feel voters’ wrath come November.”

The Kansas vote came amid other actions in the battle over abortion across the country:

Nearly half of the 50 states already have laws prohibiting abortion either throughout pregnancy or at some stage of pregnancy, although courts have blocked the enforcement of some.