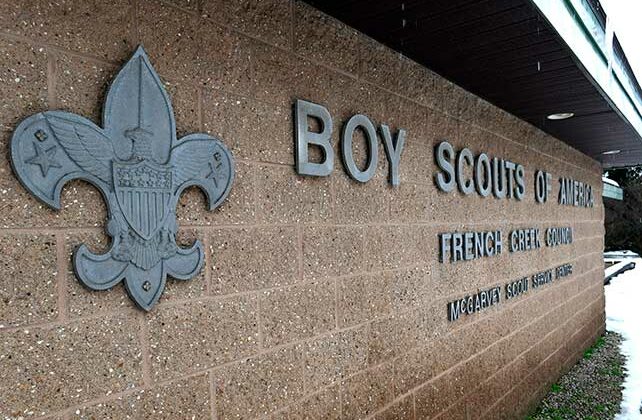 DOVER, Del. (AP) A year and a half after the Boy Scouts of America sought bankruptcy protection amid an onslaught of child sex abuse lawsuits, a Delaware judge is poised to issue a ruling that could determine whether the organization might emerge from bankruptcy later this year.

Following a three-day hearing that ended Monday, the judge is mulling whether the Boy Scouts can pursue an $850 million agreement with attorneys representing a majority of the 82,500 abuse claimants in the case. Failure to win approval of the agreement could throw the case into chaos.

The agreement involves the national Boy Scouts organization, the roughly 250 local Boy Scout councils, the official victims committee, and law firms representing some 70,000 men who say they were molested as youngsters by Scoutmasters and others.

The Texas-based Boy Scouts have proposed contributing up to $250 million in cash and property to a fund for abuse victims. Local councils, which run day-to-day operations for Boy Scout troops, would contribute $600 million. The national organization and councils also would transfer their rights to Boy Scout insurance policies to the victims fund. In return, they would be released from further liability for abuse claims.

The agreement is opposed by insurers that issued policies to the Boy Scouts and local councils, other law firms representing thousands of abuse victims, and various church denominations that have sponsored Boy Scouts troops.

Here is a look at some of the key issues that Judge Laura Selber Silverstein must address:

The overarching issue is whether the Boy Scouts of America exercised proper business judgment in entering into the agreement.

Under Delaware’s business judgment rule, courts presume that directors are acting in the best interests of the corporation unless there is evidence that they shirked their duties, had conflicts or acted in bad faith.

“This board worked very hard, informed itself and used due care in rendering its business decision,” Jessica Lauria, lead bankruptcy attorney for the Boy Scouts, said Monday.

Insurers and other opponents of the proposed agreement argued that the BSA board never adopted a resolution approving the agreement and delegated decision-making authority to subcommittees. They also said the Boy Scouts CEO and board chairman acknowledged not reviewing key elements of the agreement before approving it.

Opponents also contend that Boy Scout officials did not consider the agreement’s impact on the sponsoring organizations, which remain vulnerable under the agreement to lawsuits by abuse claimants.

In the proposed agreement, the Boy Scouts are seeking permission to back out of a settlement they reached in April with one of their insurers, The Hartford. The Hartford agreed to pay $650 million into the victims fund in exchange for being released from any further obligations.

The Boy Scouts have described the settlement as reasonable but now want to back out because of opposition by attorneys for abuse claimants, who say their clients would never support a plan that includes it.

Lauria argued that all of the conditions needed for the Hartford settlement to take effect have not been met, and the Boy Scouts should therefore be allowed to withdraw.

Attorneys for the Hartford say the settlement, which was signed in April, is binding and requires the Boy Scouts to cooperate in good faith and seek its approval. Allowing the Boy Scouts to walk away would set a dangerous precedent and would disincentivize settlement negotiations in future cases, they said.

“Why shouldn’t parties be bound in some fashion by agreements they enter?” Silverstein asked Monday, adding that the issue presented was “challenging.”

Supporters of the agreement include 27 law firms affiliated with an ad hoc group called the Coalition of Abused Scouts for Justice, which has dominated the flow of the case despite the presence of an official victims committee. Those firms represent about 63,000 abuse claimants.

Under the agreement, the Boy Scouts would reimburse up to $10.5 million in fees and expenses incurred since July 2020 by law firms representing the coalition, and $950,000 a month going forward until a reorganization plan takes effect.

Critics of the fee arrangement say it raises both ethical and legal issues, and that the proposed payments to the law firms are the real impetus behind the agreement.

David Buchbinder, an attorney representing the U.S. bankruptcy trustee, argued the law firms representing the coalition haven’t proven they have made the required “substantial contribution” to the bankruptcy case that would merit fee reimbursement, or even provided documentation to support the proposed fees.

“The amazing testimony was that the debtor (the Boy Scouts) didn’t even look at the underlying fees. They weren’t produced,” Buchbinder said.

If Silverstein approves the agreement, the next step will be a hearing starting Aug. 25 to decide whether to approve a disclosure statement that explains the reorganization plan to creditors. Approval of the disclosure statement is required before ballots can be sent to abuse claimants to vote on a plan.