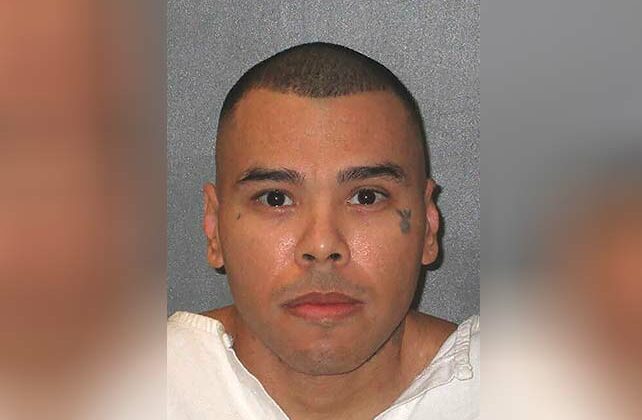 HOUSTON (AP) — A federal judge has issued a temporary order telling Texas prison officials that they can carry out next week’s scheduled execution of a death row inmate only if they grant all of his religious accommodations, including allowing his spiritual adviser to hold his hand when he receives a lethal injection.

Ramiro Gonzales is scheduled to be executed July 13 for fatally shooting 18-year-old Bridget Townsend, a southwest Texas woman whose remains were found nearly two years after she vanished in 2001.

Gonzales, 39, has asked that when he is executed, his spiritual adviser be allowed in the death chamber so she can pray aloud, hold his hand and place her other hand on his chest.

“Receiving God’s touch is a sacred concept in the Bible and even the lepers were touched by God. The specific physical contact I have requested is vitally important to me as I am making my spiritual transition into the paradise of God,” Gonzales said in court documents filed last month.

Texas Department of Criminal Justice officials granted all of Gonzales’ requests except for allowing his spiritual adviser to hold his hand. The officials have argued allowing the hand holding could be a security risk as the adviser would be too close to the IV lines that deliver the lethal injection and the adviser would be in a location that would block the view of authorities and witnesses.

The preliminary injunction issued on Tuesday by U.S. District Judge Charles Eskridge in Houston that orders Texas prison officials to grant all of Gonzales’ religious accommodations follows a civil complaint the death row inmate had filed accusing the Texas prison system of violating his religious freedom.

A spokesman for the Texas Attorney General’s Office did not immediately return an email seeking comment.

In court documents, the Texas Attorney General’s Office argued the prison system has not placed a “substantial burden on Gonzales’s religious exercise.”

“Not only will his spiritual advisor be physically present in the chamber thereby fulfilling Gonzales’s assertion of spiritual significance, she will also be intimately close in proximity to Gonzales and maintain physical contact on his chest over his heart,” the attorney general’s office wrote in court documents filed last month.

Various executions in Texas were delayed last year amid legal questions over Texas’ refusal to allow spiritual advisers to touch inmates and pray aloud as condemned individuals are put to death. In April 2021, the Texas prison system reversed a two-year ban on spiritual advisers in the death chamber but limited what they can do.

In March, the Supreme Court ruled states must accommodate the requests of death row inmates who want to have their spiritual advisers pray aloud and touch them during their executions.

But the Texas prison system declined to formally update its rules, opting instead to review such requests on a case-by-case basis. Some defense attorneys worried that not outlining specific rules would result in more court challenges, like the one filed by Gonzales.

Gonzales’ was condemned for the killing of Townsend, who was the girlfriend of his drug dealer. Gonzales kidnapped Townsend from her Bandera County home in January 2001 after stealing drugs and money.

In a confession to police, Gonzales said he took her to his family’s ranch in neighboring Medina County, where he sexually assaulted her before fatally shooting her.

Townsend wasn’t found until October 2002, when Gonzales led authorities to her remains after receiving two life sentences for kidnapping and raping another woman.

Gonzales’ attorneys on Tuesday also asked the Texas Court of Criminal Appeals to stay his execution. Last week, they made a separate request to Republican Gov. Greg Abbott to grant a 30-day reprieve so Gonzales can make a kidney donation.