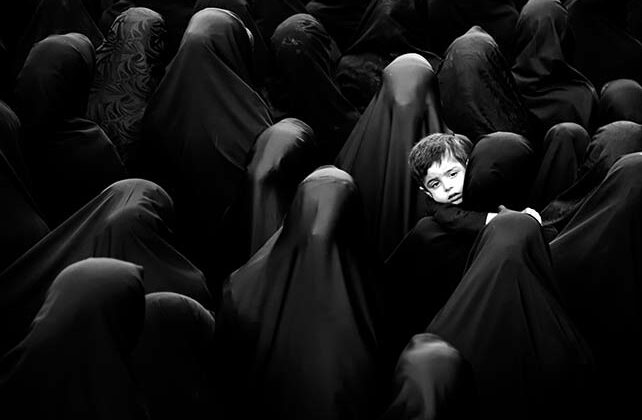 In Texas, Judge Andrea Thompson ordered a Muslim woman who was seeking to divorce her husband to appear before a tribunal governed by Sharia law.

U.S. citizen Mariam Ayad was ordered to forgo the typical legal path the justice system provides for a divorce because she signed a prenuptial agreement in which she agreed to abide by Sharia. Court documents cite that Ayad was “defrauded” into signing a premarital agreement, believing she was signing two copies of the customary marriage form.

“In Islamic law, the rules concerning witness testimony discriminate between men and women,” Mariam’s legal counsel wrote. “For example, a woman’s testimony is worth half that of a man’s, according to the following instructions from the Quran: ‘And get two witnesses out of your own men, and if two men are not there then a man and two women…so that if one makes a mistake, the other can remind her.’ Apparently, a man is presumed to be a competent witness, whereas a woman is not.”

In June, a new court ruling said it “has no discretion but to enforce the agreement of the parties in their prenuptial agreement signed on December 26, 2008, and refer the parties to arbitration per the terms of their agreement.”

One of the largest Islamic groups in Texas, the Islamic Association of North Texas, will be where Mariam’s divorce proceedings will take place. The Islamic Association of North Texas’s three-man panel of Muslim imams will decide the outcome of Mariam and her husband’s marriage — including alimony, child support, custody of their 6-year-old son, and any division of property.

“Judge Thompson’s ruling requires this American woman citizen to submit to a non-American, unconstitutional, male-run, Muslim religious court to ask for permission to divorce her husband where her right to a divorce could very well be denied to her under Sharia law’s family code,” Mariam’s lawyer said in a statement.

Mariam has filed a writ of mandamus with the Fifth Court of Appeals in Dallas in the hopes of restricting the lower court’s ruling enforcing the prenuptial agreement.

What Is Sharia Law?

The moral code and religious law of Islam is known as Sharia law, or Islamic law, and is sourced from the Quran and the Sunnah, and the traditions and deeds of the Prophet Muhammad. Joe Carter, Christian author and associate pastor of McLean Bible Church, lists the five types of Sharia behaviors followers adhere to. Fard is obligatory, mustahabb is recommended, mubah is neutral, makruh is discouraged, and haram is forbidden. “Every human action belongs in one of these five categories,” Carter states. Only a few countries around the world follow the entire code.

A report early this month shared that an Acehnese woman was sentenced and publicly flogged 100 times in Indonesia for engaging in premarital sex, an offense that goes against Sharia Law. Other offenses include adultery, LGBTQ affiliation, and alcohol consumption. Aceh, the only province in Indonesia that enforces flogging, also sentenced her counterpart to the same 100 lashes, and a man who provided the couple lodging to 75 lashes. Two other men were flogged 40 times for drinking alcohol. The woman passed out after her 100th lashing and had to be carried by ambulance for care.

Read these other related articles regarding Sharia Law:

Conversion to Christianity No Longer Punishable by Death in Sudan