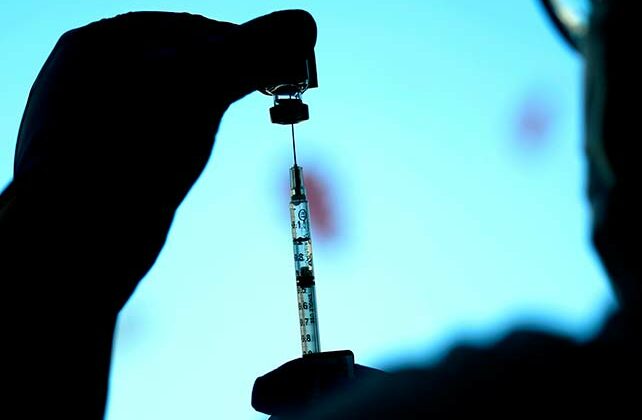 TOLEDO, Ohio (AP) — A federal judge has blocked the military from disciplining a dozen U.S. Air Force officers who are asking for religious exemptions to the mandatory COVID-19 vaccine.

The officers, mostly from Wright-Patterson Air Force Base near Dayton, Ohio, along with a handful of airmen and reservists, filed a lawsuit in February after their exemption requests were denied.

U.S. District Court Judge Matthew McFarland in Cincinnati granted a preliminary injunction last Thursday that stops the Air Force from acting against the officers, airmen and reservists until their lawsuit is resolved.

The plaintiffs accuse the Air Force of using a double standard when it comes to approving exemption requests, saying it had allowed thousands of medical and administrative exemptions but only a handful for religious reasons.

Last week, a federal judge in Texas barred the Navy from taking action for now against sailors who have objected to being vaccinated on religious grounds.

U.S. District Judge Reed O’Connor had, in January, issued a preliminary injunction preventing the Navy from disciplining or discharging 35 sailors who sued over the Navy’s vaccine policy while their case played out. A week ago, O’Connor agreed the case could go forward as a class action lawsuit and issued a preliminary injunction covering about 4,000 sailors who have objected on religious grounds to being vaccinated.

Defense Secretary Lloyd Austin last year made vaccinations mandatory for service members, saying the vaccine is critical to maintaining military readiness and the health of the force. But members of Congress, the military and the public have questioned if the exemption reviews have been fair.

Those who refuse the vaccine can face discipline up to being discharged from the service.

The officers who filed the lawsuit in Ohio said they had followed their chain of command and each had talked with an Air Force chaplain to determine the sincerity of their beliefs.