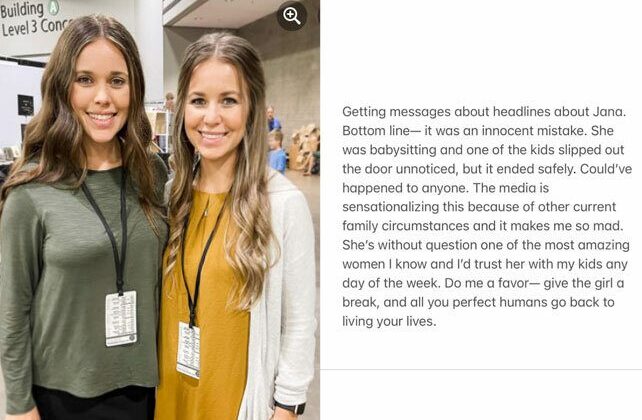 (US Weekly) Counting On alum Jana Duggar has changed her plea to guilty after being charged with child endangerment late last year, Us Weekly can confirm.

The 31-year-old 19 Kids and Counting alum’s case is now settled after she was ordered to pay $880 in fees following her plea. TMZ was first to report the news.

The Arkansas native was charged in September 2021, according to the Elm Spring District County Clerk. There, child endangerment charges often result in paying fines or spending up to 90 days in jail. At the time, the former reality TV star pleaded not guilty and three months later, she shared a statement about her side of the story.