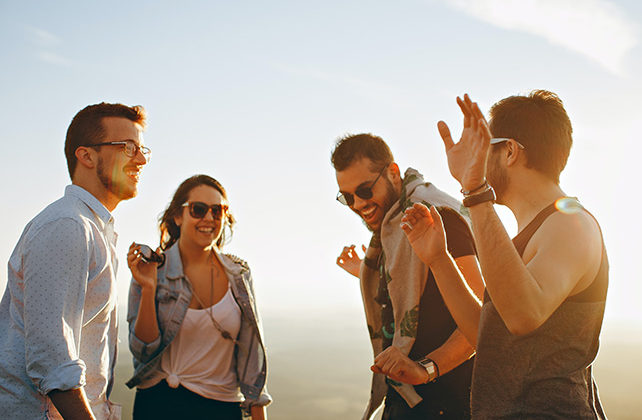 (Relevant) In 1993, an anthropologist named Robin Dunbar conducted a study to figure out just how many meaningful friendships one person can realistically maintain. His research put the number at 150, that became known as “Dunbar’s Number” and it’s been accepted wisdom ever since. Until now.

That’s because a new paper from a team at Stockholm University found that people are actually capable of maintaining way more than 150 friendships …if they put in the effort. It turns out, friendship is a skill, not an inherent trait. You’ve got to teach yourself how to be a good friend. It’s like working out, baking or bowling. As you get better at it, you become more and more capable of handling more and more friendships.