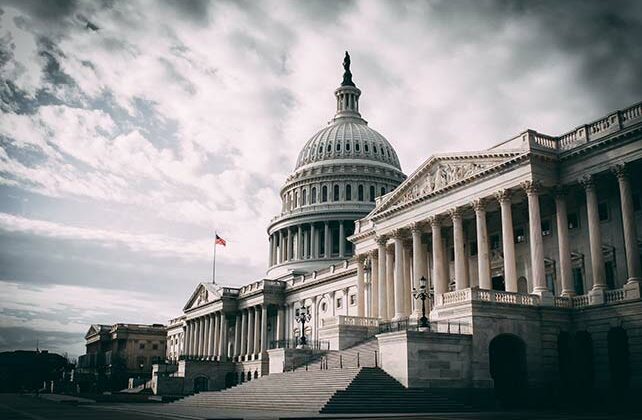 The Democratic-controlled House voted 228-195 largely along party lines for the Right to Contraception Act. Eight Republicans joined all Democrats in the chamber to approve the proposal.

The House action was the latest effort by the majority party to codify into law U.S. Supreme Court precedents they contend are under threat after the justices overturned the 1973 Roe v. Wade decision that legalized abortion nationwide. The Right to Contraception Act is needed to protect the freedom to use contraceptives that was provided by high court rulings in the 1960s and 1970s, Democrats said.

The bill, however, specifically bars the application of the Religious Freedom Restoration Act (RFRA), a 1993 federal law that prohibits the government from substantially burdening the free exercise of religion. That provision drew a sharp rebuke from Brent Leatherwood, acting president of the Southern Baptist Ethics & Religious Liberty Commission.

“While from a distance this legislation may seem innocuous, a review of the details reveals it to be nothing less than an affront to religious liberty,” Leatherwood told Baptist Press in written remarks. “I realize some congressional leaders are lashing out in any number of ways following the Dobbs decision, but to create a carve-out of RFRA protections and a pathway for paving over consciences that have sincere religious objections is simply extreme.”

Leatherwood reiterated a request he has made multiple times since the Supreme Court reversed Roe in its June 24 ruling in Dobbs v. Jackson Women’s Health Organization.

“I would once again implore our policymakers to focus on ways to develop a culture of life where lives are saved, mothers are served and families are supported,” he said.

The bill’s foes, however, say the 14-page bill’s language goes beyond support for contraceptives and presents multiple problems. Among the concerns expressed by at least some opponents:

— The proposal would supersede RFRA and any federal or state law that is in conflict with the Right to Contraception Act, thereby removing conscience protections for health-care providers who object to providing certain kinds of contraceptives, including those that may have the ability to induce abortions.

— The measure would prohibit bans on government money for Planned Parenthood and other abortion providers that refuse to separate performance of the lethal procedure for preborn children from taxpayer-funded family planning facilities.

— Its expansive definition of contraceptives might annul restrictions on medical/chemical abortions.

“Far from being a bill that simply allows for access to contraception, this bill seeks to bail out the abortion industry, trample conscience rights, and require uninhibited access to dangerous chemical abortion drugs,” Marjorie Dannenfelser, president of Susan B. Anthony Pro-life America, said in a letter to House members.

Meanwhile, Planned Parenthood Federation of America, the country’s No. 1 abortion provider, applauded the House “for taking the necessary first steps to enshrine our right to contraception in addition to the critical actions they’ve taken to protect abortion access,” said Alexis McGill Johnson, the organization’s president.

Supporters of the Right to Contraception Act cited language in a concurring opinion by Associate Justice Clarence Thomas in pushing for passage of the proposal. A member of the 5-4 majority that overruled Roe, Thomas wrote in a separate opinion June 24 the high court “should reconsider” all precedents regarding “substantive due process.”

Among such precedents, Thomas mentioned Griswold v. Connecticut, a 1965 ruling that protected the right of married couples to use contraception. The Supreme Court extended that right to unmarried people in its 1972 Eisenstadt v. Baird decision.

Associate Justice Samuel Alito, however, said in the majority opinion the decision to overrule Roe does not call into question the justices’ rulings in other cases. “[W]e have stated unequivocally that ‘[n]othing in this opinion should be understood to cast doubt on precedents that do not concern abortion,” he wrote. Associate Justice Brett Kavanaugh reiterated that view in his own concurring opinion.

Speaker of the House Nancy Pelosi charged Republicans “are against birth control, but they are for controlling women. This is about servitude.”

Cathy McMorris Rodgers, R-Wash., said Republicans support access to contraceptives but the bill should be named the “Payouts for Planned Parenthood Act.”

“It would send more taxpayer dollars to Planned Parenthood, freeing up more funds for them to provide abortions and end vulnerable lives,” she said during floor debate. “It allows Planned Parenthood and abortion providers to prescribe both on- and off-label  drugs to be used for abortions without any restrictions.”

Approval of the Right to Contraception Act followed House passage of at least three other bills in reaction to the Supreme Court’s opinion in Dobbs and/or Thomas’ concurrence:

— The Women’s Health Protection Act, which would surpass Roe by prohibiting federal and state regulations of the procedure that were permitted by the justices under the 1973 ruling, and the Ensuring Access to Abortion Act, which would forbid pro-life efforts to prohibit abortion tourism to other states and to block the mailing of abortion pills across state lines. The House approved the proposals in 219-210 and 223-205 votes July 15, respectively.

— The Respect for Marriage Act, which would repeal the 1996 Defense of Marriage Act and require federal and state recognition of same-sex marriages considered legal in the jurisdiction where they took place. It gained House passage July 19 in a 267-157 vote.

RFRA, which was a legislative response to a 1990 Supreme Court decision that weakened religious freedom protections, passed without opposition in the House and by 97-3 in the Senate before President Clinton signed it into law. In recent years, however, many Democrats have begun to oppose RFRA’s application when it clashes with abortion or gay and transgender rights.

Under RFRA, the government may gain an exemption from the requirement that it not substantially burden the free exercise of religion if it can show it has a compelling interest and is using the “least restrictive means” to further that interest.