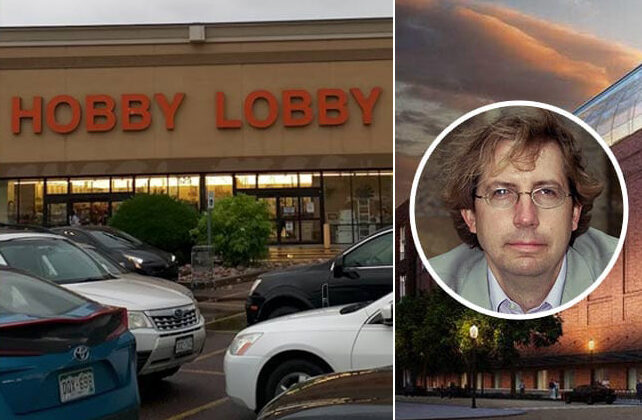 The family who founded and owns Hobby Lobby, the Green family, used the Bible fragments in their Museum of the Bible (MOTB) which opened on November 17, 2021 in Washington, D.C. The evangelical Christian family bought the papyrus fragments and other ancient artifacts from the 64-year-old Obbink back in 2010 through 2013 to be displayed at the MOTB only to later find out they were part of the Oxyrhynchus collection in the Sackler Library located at Oxford.

Obbink was arrested March 2020 for allegedly stealing the fragments and selling them. He has since been released as the investigation is ongoing. The professor claims he is innocent and said, “The allegations made against me that I have stolen, removed or sold items owned by the Egypt Exploration Society collection at the University of Oxford are entirely false. I would never betray the trust of my colleagues and the values which I have sought to protect and uphold throughout my academic career in the way that has been alleged. I am aware that there are documents being used against me which I believe have been fabricated in a malicious attempt to harm my reputation and career.”

The MOTB returned the stolen artifacts safely to the Egypt Exploration Society who owns and curates Oxford’s Oxyrhynchus collection.

Since then the MOTB has established and extensive process for acquiring artifacts it purchases and displays in it’s state of the art one-of-a-kind Christian Museum.