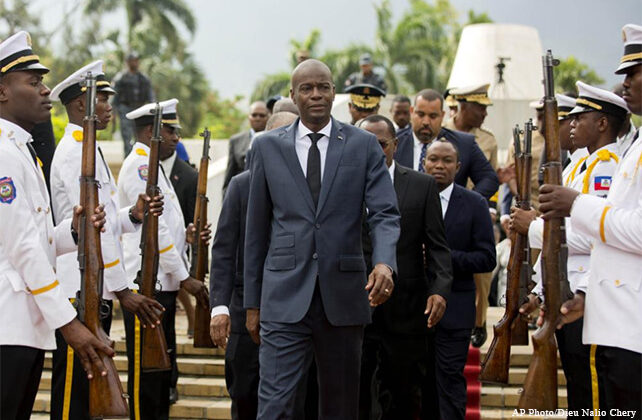 PORT-AU-PRINCE, Haiti (AP) Haitian President Jovenel Moïse was assassinated in an attack on his private residence early Wednesday, according to a statement from the country’s interim prime minister, who called the killing a “hateful, inhumane and barbaric act.”

Even before the assassination, Haiti had grown increasingly unstable and disgruntled under Moïse. The president ruled by decree for more than two years after the country failed to hold elections and the opposition demanded he step down in recent months.

“The country’s security situation is under the control of the National Police of Haiti and the Armed Forces of Haiti,” Joseph said in a statement from his office. “Democracy and the republic will win.”