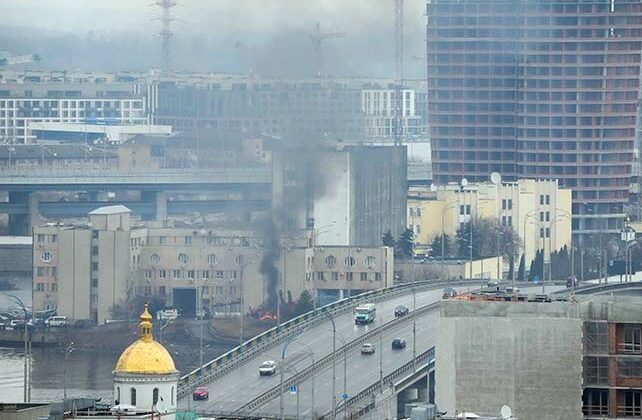 (CBN News) CBN Founder Pat Robertson made a special appearance on The 700 Club Monday to talk about Russia’s shocking invasion of Ukraine and how it all might fit into biblical End Times prophecy.

He cited key passages from the prophet Ezekiel regarding nations coming together one day to rise up against Israel – specifically pointing to what Russia is doing in Ukraine as a precursor to that event:

“Now the word of the Lord came to me, saying, “Son of man, set your face toward Gog of the land of Magog, the chief prince of Meshech and Tubal, and prophesy against him, And say, ‘This is what the Lord God says: Behold, I am against you, Gog, chief prince of Meshech and Tubal. So I will turn you around and put hooks into your jaws, and I will bring you out, and all your army, horses and horsemen, all of them magnificently dressed, a great contingent with shield and buckler, all of them wielding swords; Persia, Cush, and Put with them, all of them with buckler and helmet; Gomer with all its troops; Beth-Togarmah from the remote parts of the north with all its troops– many peoples with you.‘” — Ezekiel 38:1-6