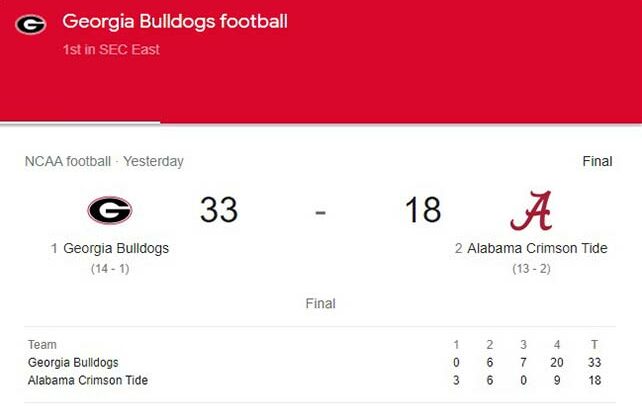 (Sports Spectrum) Entering Monday’s College Football Playoff National Championship Game in Indianapolis, Georgia had a former walk-on at quarterback while Alabama was led by the reigning Heisman Trophy winner. It was a tall task, but the Bulldogs’ chances rode on their top-ranked defense and how well it could slow the Crimson Tide’s high-powered offense.

Georgia stifled Alabama and Heisman-winning quarterback Bryce Young, collecting a 33-18 victory for Georgia’s first football national championship since 1980. Young threw for 369 yards and a touchdown, but he also tossed two interceptions — his first collegiate game with multiple picks — the second of which was returned 79 yards for a touchdown to seal the victory for the Bulldogs.

Alabama averaged 494.6 offensive yards per game this season, and in the SEC Championship Game on Dec. 4 against Georgia, it gained 536 total yards. But on Monday night, the Bulldogs held the Tide to just 399 total yards and only 30 rushing yards.