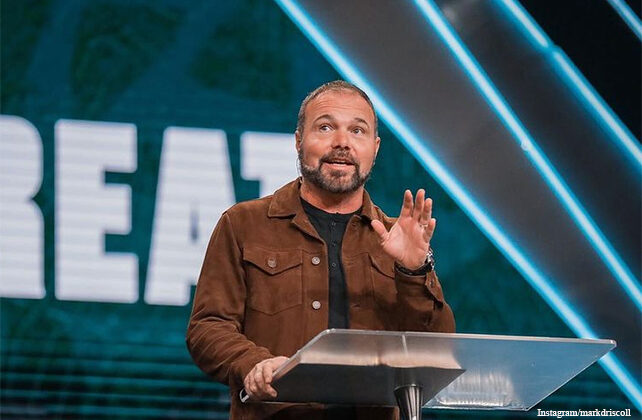 Mars Hill Church’s former elders have released a statement to Christianity Today pleading with their former lead pastor, Mark Driscoll, to resign from The Trinity Church in Arizona, which Driscoll planted in 2016. Driscoll previously co-founded Mars Hill Church in 1996 and pastored it in Seattle, Washington, until his resignation in 2014 following an investigation accusing Driscoll of bullying.

Driscoll founded The Trinity Church in Scottsdale, Arizona, and held the first service in February 2016. Driscoll currently serves as senior pastor alongside several members of his family. His wife Grace leads women’s ministry; his son-in-law Landon Chase holds the title “pastor of fun;” Landon’s wife and the Driscoll’s daughter Ashley is executive director of the online ministry “Real Faith;” and the Driscoll’s son Zac serves as Trinity’s director of interns.

“We are saddened to learn that Mark Driscoll has continued in a pattern of sinful actions toward staff members and congregants as he pastors The Trinity Church in Scottsdale, Arizona,” the former Mars Hill elders said in the statement. They said leadership behaviors that have been recently reported “appear similar” to what was experienced at Mars Hill Church.

The Trinity Church’s former head of security Chad Freese said Driscoll berated staff during meetings and has compared what he witnessed to a cult. “Everything is about the Driscolls” at the church, Freese said.

Mars Hill’s former elders said the news about Driscoll troubles them and states that he continues to be “unrepentant despite the fact these sins have been previously investigated, verified and brought to his attention by his fellow elders.”

The 39 people who attached their name to the statement said Driscoll is “unfit for serving the church” as a pastor. The former elders recognized they have no authority over Driscoll or at The Trinity Church, but are asking their former pastor to voluntarily resign as The Trinity Church’s senior pastor immediately. They also encouraged those close to him to persuade him to the same.

“Mark left deep pain in the lives of many,” Mars Hill Church’s former elders wrote, because he wasn’t willing to seek restoration and reconciliation for those he sinned against.

“We plead with Mark to participate in and submit to Christian conciliation.”

The former elders said they wanted to see Driscoll pursue repentance, reconciliation, and restoration for all those he sinned against at Mars Hill Church and The Trinity Church, and they expressed disappointed in people who affirmed Driscoll’s planting of The Trinity Church. The former leaders said those who enabled Driscoll had not investigated what the Mars Hill Church elders found him guilty of.

Former Mar’s Hill Church elder Ryan Welsh said the statement isn’t new information but is information that wasn’t widely shared. “Our hope is not just to point a finger. Our hope is to protect people and, by the Spirit’s work, that Mark would respond.”

Former Elders: Driscoll Shouldn’t Be in a Position of Spiritual Authority

Driscoll’s former elders said they want to see their former pastor restored to ministry in the future, but currently recommend it is not “prudent or healthy for him to be in a position of spiritual authority in a church or ministry setting for the foreseeable future.”

Christianity Today also shared a document which has never been released to the public regarding Mars Hill Church’s investigation into Driscoll’s bullying behavior. The document is a report from the Board of Elders detailing Driscoll’s behavior as quick-tempered and prone to “harsh speech,” arrogant, and domineering in his leadership of elders and staff. The Board of Elders recommended Driscoll “be rebuked for his sin” and that a restoration plan be developed. Their recommended process was for Driscoll to be removed from eldership and all church leadership so that there could be reflection, repentance, and restoration on his part. The report advised that Driscoll would need to repent and reconcile with those he sinned against and that he’d be cared for by a team of pastors and counselors from within Mars Hill Church and outside the church.

Driscoll did not follow the elder’s recommendations and instead resigned. Less than four months after his abrupt resignation, Mars Hills Church, a church that once reported weekly attendance of over 12,000 people at 15 campuses, disbanded all its remaining locations in January of 2015. Each location has since become its own local congregation.