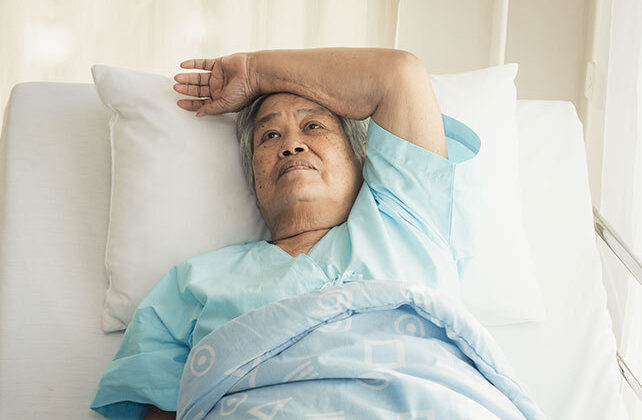 About 3,200 COVID patients are hospitalized in the state, a jump of 73% since June 14, when 1,845 were hospitalized. The number had been falling since mid-January when nearly 7,800 were hospitalized just as the vaccination program began. Meanwhile, the number of vaccinations administered weekly has fallen by almost 80% statewide since April even though less than 60% of the population 12 and older is fully vaccinated.

Florida now has the fourth-highest per-capita hospitalization rate in the U.S., behind Nevada, Missouri and Arkansas, according to Jason Salemi, a University of South Florida epidemiologist tracking the national outbreak for more than a year.

Dr. Shamarial Roberson, the state’s deputy health secretary, said Friday the case increase is mostly among younger people who are less likely to be severely affected. She said more than 80% of residents 65 and over are vaccinated.

In late January, about 180 Floridians were dying per day of the disease, just below the peak of 200 per day last August. Last week, the average was about nine per day, according to the state, a 95% drop. The number of deaths typically increase a few weeks after cases and hospitalizations rise. Almost all COVID deaths and hospitalizations nationally in recent weeks have been among the unvaccinated, officials have said.

Overall, more than 38,000 Floridians with COVID-19 have died since the pandemic began in March 2020.

Republican Gov. Ron DeSantis reiterated that even with the increasing cases, there will be no mandates requiring vaccinations, masks or social distancing. He has pushed for the state to be fully open, a stance he is using politically as he contemplates a 2024 presidential bid.

At an Orlando new conference, DeSantis blamed the new outbreak on the disease’s seasonal pattern.

“We knew it was going to be low in May and it was. And we knew that at the end of June and July it would go up, because that’s what happened last year,” said DeSantis, who has been vaccinated.

But Salemi said Florida reported 20% of the nation’s new coronavirus cases over the last two weeks even though it makes up just 6.5% of the population. He and other epidemiologists and doctors interviewed blame the spike on the state’s slowing vaccination rate, a decrease in mask wearing and social distancing and the delta variant.

“It is extremely concerning because we’ve already seen what this more transmissible delta variant can do in places like India and Indonesia with a disproportionately low access to vaccines,” Salemi said.

Dr. Frederick Southwick, chief of the University of Florida medical school’s infectious disease division, said computer simulations show the delta strain will create “a marked surge in cases over the next three months.”

“The delta variant grows faster in human cells and can spread to others particularly in closed spaces even when wearing a mask,” he said. “The only effective way to be protected from the delta variant is to get vaccinated.”

Politics does impact vaccination rates, as some national conservative media personalities and politicians have downplayed or shown hostility toward inoculation programs. The state’s lowest rates are in conservative rural north Florida — in some counties, fewer than 30% of adults are vaccinated.

While some of those counties have escaped a new outbreak, tiny Baker County near Jacksonville now has the most per capita active cases in the state while only 29% of residents 12 and older are vaccinated. Former President Donald Trump got 85% of the county’s vote.

Dr. Glenn Morris, who heads UF’s Emerging Pathogen Institute, said DeSantis and religious leaders, particularly evangelical Christians, need to persuade their followers to get vaccinated. Instead, DeSantis has acted like the pandemic is over and some religious leaders have made remaining unvaccinated a sign of faith, he said.

“There remains an opportunity to increase vaccinations rates, but to do so is going to require a change in the messaging,” he said.

Roberson, the health department chief deputy, said the state has a “robust” outreach program to churches and rural communities pushing the message that vaccines are safe and readily available. Ultimately though, it is up to each person.

“People have the right to choose,” she said.