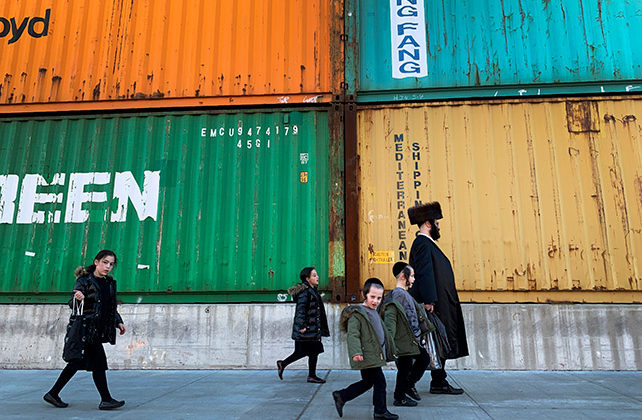 Okay, actually most people could probably take them or leave them. But for members of the Jewish community and those who study them — groups that are obsessed with such studies — Pew Research Center’s just-released study, “Jewish Americans in 2020,” will be see thousands of hours spent analyzing it and debating what it means.

Given our culture’s current infatuation with data and statistics, where words like “analytics” and “metrics” have become synonymous with “impact” and “success,” the demographic fascination with Jews is not surprising, but it is ironic given the millennia-long Jewish tradition of not counting Jews, as laid out, among other places, in the Book of Hosea: “And the number of children of Israel shall be as the sand of the sea, which shall neither be measured nor counted.”

More troubling is the gap between counting Jews and making Jews count. Data is never the whole story, nor what we do with survey numbers: What do they tell us that we didn’t know before? What’s worth acting on? More than what it says about who we are, what do we want to be?

How do we honor both demography and biography? How do we navigate between the fixed categories demographers necessarily impose on people’s lives and the softer boundaries and complex meanings that define most of those very same people’s lives.

Here are five takeaways from the Pew report:

The Pew study repeatedly distinguishes between “Judaism” — religious acts — and “Jewish culture” — the many things Jews do that have Jewish meaning and significance but don’t include synagogue, liturgy, or God.

This is a potentially misleading dichotomy. When a self-identified religious Jew says a blessing but has no experience of God or even a conscious sense of obligation, is that religion or culture? When a self-identified cultural Jew participates in a ritual-filled Passover Seder, purposefully and with deep connection to time and space beyond themselves, is that culture or religion?

The very distinction made between culture and religion assumes that there is a Jewish religion that is distinct from Jewish culture and implies that that culture does not accomplish many of the very things that religion accomplishes.

Liberal and progressive Jews often decry the fact that Orthodox Jews do not see them as Jewish. The study indeed found that 49% of Orthodox Jews reported feeling little or nothing in common with Reform Jews.

That’s only half the story (maybe less than half). Sixty percent of Reform Jews, a significantly larger group than those identifying as Orthodox, reported feeling little or nothing in common with Orthodox Jews.

But it’s more than possible that this supposed split is based neither in denominational affiliation, theology nor practice but reflects the general siloing of communities that has infected American culture in general, where people find it increasingly difficult to feel common connection to others. The question is not whether we have each other’s approval but whether we can have mutual empathy.

Politics is the new religion

What’s more important: that your grandchildren share your political convictions or that they marry someone of your faith? In the Pew study, more Jews picked option No. 1.

What’s most disturbing in this finding is that it indicates that politics has become the thing that stirs our passions, as religion used to. Our loves and our divides are based not on where we pray but on how we vote. That Jews feel this way, too, only means we are part of America in every sense of the word.

It appears we have learned little from past religious fights — about “what God wanted,” or whether we could remain connected to children and grandchildren who came to different conclusions about religion. Now we have relocated to new battlegrounds, where we fight over what we now consider to be of ultimate importance.

Such ultimacy was rarely as true as people imagined when it came to religion, and it is as rarely true when it comes to politics. We have the same worries about the future, but now we worry about how they will vote, again imagining that we are not successful unless they do it as we do.

Jewish is a growth “industry” in the US

The “net” Jewish adult population is actually growing faster, if only slightly, than the overall population of the country. In 2013, Pew estimated that 5.3 million Jews lived in the U.S. — about 2.2% of the population. We are now estimated at 5.8 million people, or 2.4% of the whole.

Those numbers will do little to assuage the nagging fears about the health and durability of Jews and Judaism in America. Surely, a story of loss can be discerned in this study — loss of many of the ideas, affiliations and practices that some of us hold sacred and dear — that deserves our attention. But we shouldn’t do so at the cost of ignoring that the number of Jews, and Jewish identity itself, are both in growth mode.

It can be hard, especially after so many years of the “no’s” of hatred, deprivation and even murder, to take yes for an answer. It’s also hard when some of the most deadly attacks against Jews in this country occurred quite recently. But this study reminds us to attend equally to our health and the robust interest in Jewishness that this study proclaims. Anything less would be to miss this remarkable chapter in one of the world’s most ancient stories.

The people have spoken. Now we need to listen.

More than seven in 10 U.S. Jews say that remembering the Holocaust (76%) and leading a moral and ethical life (72%) are essential to their Jewish identity. More than half say the same about working for a more just and equitable society (59%), being intellectually curious (56%) and continuing family traditions (51%). These numbers are not meaningfully different than they were in 2013 when Pew asked the same question.

If we really want to be less polarized and to nurture Judaism, “the Jews” have told us how. Agree or disagree, we cannot pretend to not know how Jewish Americans want to be served and supported in their Jewishness. The only real question is whether Jewish officialdom is prepared to make their priorities our priorities, even if doing so does not necessarily preserve the expressions and institutions some of us prize most.