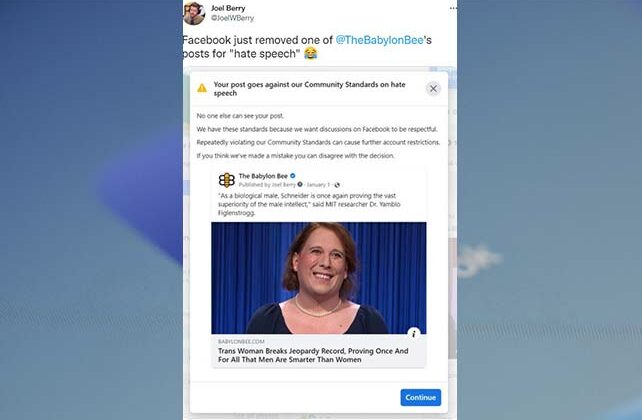 The post was from Jan. 1 and included a link to a Babylon Bee satire piece with the headline “Trans Woman Breaks Jeopardy Record, Proving Once And For All That Men Are Smarter Than Women.”

The article was about Schneider, a trans-identified female, passing the total amount of winnings that a biological female had earned on “Jeopardy!” during Schneider’s reign.