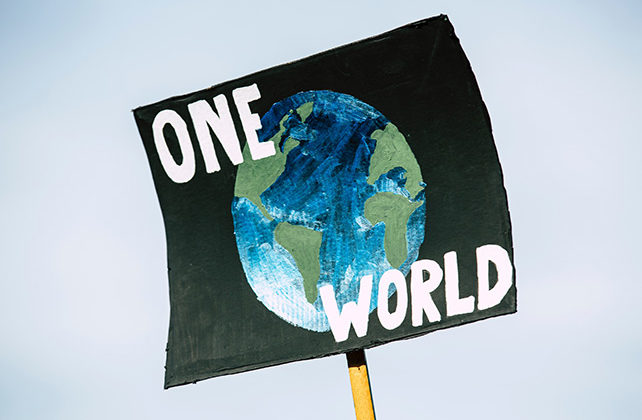 (RNS) Let’s start with the numbers.

In 2014, Pew reported  that just 28% of white evangelicals attributed global warming to human activity. Last October, by contrast, 44% of them said climate change was due “mostly to human activities,” according to a Climate Nexus poll.

Notwithstanding the difference in how the question was asked, white evangelicals have clearly become more willing to acknowledge anthropogenic climate change over the past decade. Indeed, while they remain less concerned about the issue than other major American religious communities, Climate Nexus found them to be closer to mainstream opinion than they used to be.

Those numbers are little short of astonishing, given the successful effort of evangelical leaders (backed by the fossil fuel industry) to turn climate change into a religious issue comparable to abortion and LGBT rights in the Great American Culture War.

That effort began in the 1990s as a means of combating a growing pro-environment movement within evangelicalism. The key figure then was theologian E. Calvin Beisner (who’s still at it as head of the Cornwall Alliance for the Stewardship of Creation ). With key allies such as Richard Land of the Southern Baptist Convention, Beisner mobilized the religious right to prevent significant climate change legislation from being passed during the Obama years.

In her fine study, ” The Gospel of Climate Skepticism,” Texas A&M’s Robin Globus Veldman demonstrates how, by the early 2010s, rank-and-file evangelicals had absorbed the message that skepticism is the correct biblical position on climate. Climate change as an existential threat to life on earth? That “leaves God out of the equation.”

And yet, a majority of them now think government action should be a priority. What happened?

These days, out-and-out denialism has all but disappeared, even among the likes of Beisner.

“I’m even happy to say, yeah, probably our addition of CO2 and other greenhouse gases to the atmosphere makes the world a little warmer than it otherwise would be,” he told Family Research Council President Tony Perkins a couple of months ago. “But I am totally convinced that the emphasis is on ‘little.'”

The “biblical” position currently focuses solely on how much fighting climate change would cost, and that doing away with fossil fuels will harm poor people around the world. Overall, the pushback on President Joe Biden’s climate agenda, from rejoining the Paris Agreement to pledging to cut carbon emissions in half by the end of the decade, has been notably flaccid.

That is not to say that the agenda will have smooth sailing in Congress, and certainly not that their drift on climate change will turn white evangelicals into Democratic voters. But it does suggest that climate isn’t focus-grouping with the Republican base the way, say, immigration is.

And speaking of immigration, it has become clear that climate change is a major driver of the flow of refugees to the U.S. from Central America, as rising temperatures harm coffee growing and other crops. What better way to keep evangelical support coming than by selling your climate agenda as critical to mitigating pressure on the Southern border?