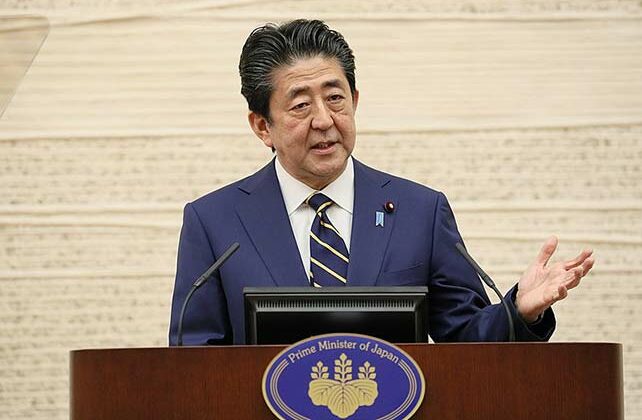 “First and foremost what a tragic, tragic thing that I cannot remember in my lifetime ever seeing something as tragic happen like this,” said Hayashi, senior pastor of Northern Hills Baptist Church in Holt, Mo. “It’s probably equivalent to JFK. Unheard of.”

Abe, the longest serving Japanese prime minister, from 2007-2020, was shot down during a political speech outdoors in Nara, Japan. Police identified his suspected assassin as 41-year-old Yamagami Tetsuya, an unemployed man who police said confessed to shooting Abe with a homemade gun and is in police custody. The 67-year-old Abe was born into a family of prime ministers and remained “the most powerful figure in Japanese politics, even without any formal title,” the Atlantic wrote in a July 8 editorial.

“It’s a horrific tragedy that shouldn’t happen to any national leader or anyone,” Yanes told Baptist Press. “My prayers go with the former Japanese Prime Minister Shinzo Abe’s family and that justice will be served.

“I pray for our churches and missionaries in Japan as they tirelessly share our hope in the Gospel through Jesus Christ and to all our Japanese American churches in serving and providing comfort to their community during this difficult time. Our Asian American Collective leadership and churches will join you in prayers.”

“Abe was the longest lasting, faithful prime minister,” Hayashi said, “and (for) someone (who) left behind as dynamic of a legacy to be tragically assassinated, there is fear in our country.

RELATED: Haitian Pastor Says ‘No One Is Exempt From the Violence’ Following President Moïse’s Assassination

“I think at this time though, what an opportunity for Christians to give the hope of the Gospel. I think in (the Japanese people’s) present helplessness, their future hopelessness, for such a time as this, this is an opportunity for the International Mission Board, for missionaries to rise up to give help and hope and healing in the name of Jesus.

“I’ve been praying that Japan, known as a rising sun, the country, would come to know the risen son of God, and I think this is a great opportunity for Christians to rise up.”

Shootings are exceedingly rare in Japan, with nine firearm deaths in all of 2019 in the country of about 125 million people, according to global research from the University of Sydney. Iccho Ito, then mayor of Nagasaki, was the last know politician assassinated in a public shooting in Japan when he died of cardiac arrest after being shot in 2007, CNN reported.

Among many national leaders responding to Abe’s assassination, U.S. President Joe Biden called Abe “a proud servant of the Japanese people and a faithful friend to the United States.

“He worked with American presidents of both parties to deepen the alliance between our nations and advance a common vision for a free and open Indo-Pacific. Even in the moment he was attacked and killed, he was engaged in the work of democracy, to which he dedicated his life,” Biden said July 8 in a public proclamation. CNN also quoted Biden as saying he was “stunned, outraged and deeply saddened” at Abe’s death.

Biden ordered the U.S. flag flown at half-staff until sunset July 10 at all public buildings and grounds, U.S. military posts and naval stations, on U.S. naval vessels and at all U.S. embassies, legations and other offices and military stations abroad.

Abe was a member of the Liberal Democratic Party, the ruling party in Japan. He was first elected to Japan’s House of Representatives in 1993 and held several cabinet posts before his election as prime minister in 2007. He stepped down in 2020, citing health reasons.

Shintoism and Buddhism are the prominent religions in Japan, with Christianity comprising 1.5 percent of the population, according to the CIA World Factbook.