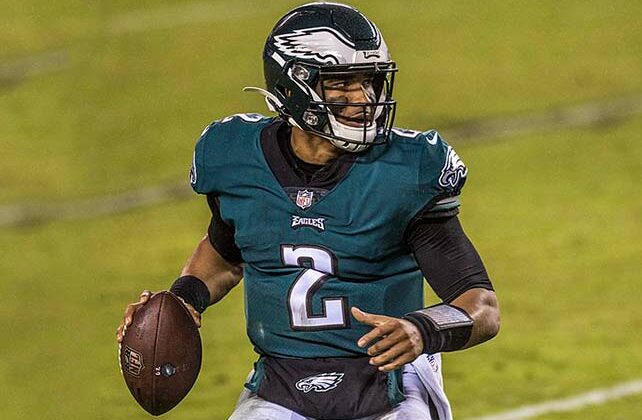 During an interview with CBS’ Cody Benjamin earlier this month, Philadelphia Eagles quarterback Jalen Hurts shared that he keeps God the center of his life after realizing that “God is everything.”

The 2020 second round pick is in his third year as the Eagles starting quarterback and has his team off to a 3-0 start after beating Carson Wentz and the Washington Commanders 24–8 the third week of the 2022 season.

“I’ve just matured and realized that God is everything and he’s worthy of praise,” Hurts said as he discussed his faith. “You have to put [God] at the center of everything that you do. That’s what I believe.”