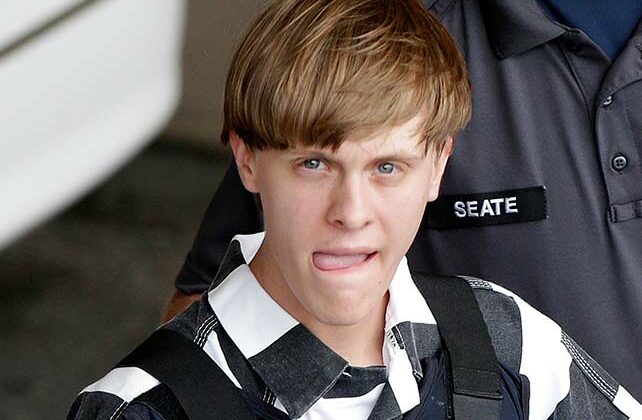 COLUMBIA, S.C. (AP) — Attorneys for convicted Charleston church shooter Dylann Roof have asked the U.S. Supreme Court to decide how to handle disagreements over mental illness-related evidence between capital defendants and their attorneys, an issue that has played a role throughout his case over the 2015 racist slayings of nine members of a Black South Carolina congregation.

When a capital defendant who has been ruled competent to stand trial and his attorneys “disagree on whether to present mitigating evidence depicting him as mentally ill, who gets the final say?” Roof’s appellate team wrote in their petition, filed late last month with the high court.

Justices’ consideration is “needed to resolve a deep divide among the lower courts over who — client or lawyer — gets to decide whether mitigation evidence will be introduced at a capital penalty hearing.”

Roof’s self-representation and desire to block any evidence potentially portraying him as mentally ill — even if it could have helped him avoid the death penalty — has been a constant part of his case.

During the sentencing phase of his death penalty trial, Roof fired his legal team and opted to represent himself. This move, his appellate attorneys have written, successfully prevented jurors from hearing evidence about his mental health, “under the delusion” that “he would be rescued from prison by white-nationalists — but only, bizarrely, if he kept his mental-impairments out of the public record.”

Roof made his decision, his team argued in the petition, “after the district court told him that counsel could introduce evidence depicting him as mentally ill over his objection.”

But there is a disconnect, his attorneys argued, between how such cases have been handled in the 4th Circuit versus other jurisdictions, where “the vast majority of state and federal courts hold otherwise, leaving this deeply personal choice to a defendant.”

In other words, they argued, “Had Roof been tried in any one of those majority jurisdictions, he would not have been forced to self-represent at his capital trial to block his own attorneys from presenting evidence he abhorred.”

Authorities have said Roof opened fire during the closing prayer of a Bible study at Mother Emanuel AME Church in Charleston, South Carolina, raining down dozens of bullets on those assembled. He was 21 at the time.

Last year, a panel of appellate judges unanimously upheld Roof’s conviction and death sentence and issued a scathing rebuke of Roof’s crimes, which the judges wrote “qualify him for the harshest penalty that a just society can impose.”

All of the judges from the 4th U.S. Circuit Court of Appeals, which covers South Carolina, recused themselves from hearing Roof’s case. One of the judges, Jay Richardson, prosecuted Roof’s case as an assistant U.S. attorney in 2017, when Roof became the first person in the U.S. sentenced to death for a federal hate crime.

Roof subsequently asked the court to reconsider its recusal. The court denied that request, as well as one for a new hearing.

According to court documents filed in another federal case, the FBI heard two neo-Nazi group members talk about trying to free Roof from the maximum-security prison in Terre Haute, Indiana, where he is an inmate, including details on the number of guards present and how a shootout would happen.

If unsuccessful in his direct appeal, Roof could file what’s known as a 2255 appeal, a request that the trial court review the constitutionality of his conviction and sentence. He could also seek a presidential pardon.

The government’s response to Roof’s request is due by the end of the month.

Meg Kinnard can be reached on Twitter at http://twitter.com/MegKinnardAP.