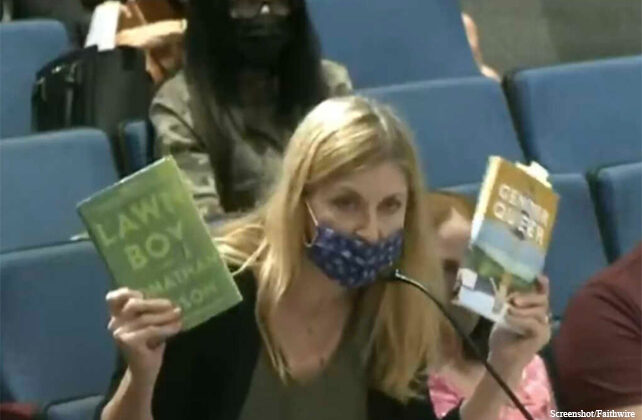 (Faithwire) A mother in northern Virginia unloaded on her city’s school board Thursday after discovering what she described as books filled with “pedophilia” on the shelves.

When she left a local high school library, Stacey Langton had two books: “Lawn Boy” by Jonathan Evison and “Gender Queer: A Memoir” by Maia Kobabe. She told the board of Fairfax County Public Schools that, in each book, she found references that “include pedophilia, sex between men and boys” with entries chronicling — in explicit detail — sexual encounters between underage boys and adult males.

“Pornography is offensive to all people,” said Langton after she was interrupted by school board members chiding her for reading highly explicit sentences from the two books. “It is offensive to common decency.”