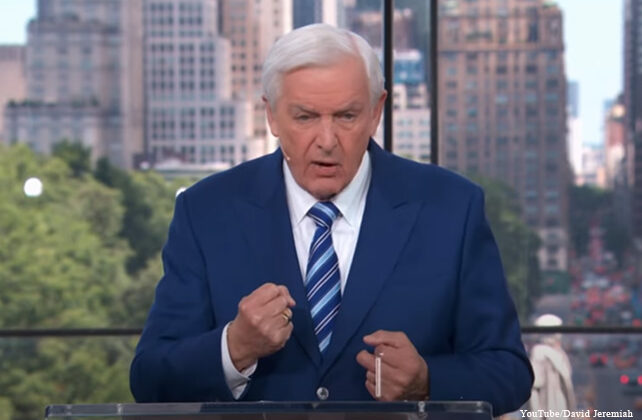 (Christian Headlines) Pastor and author David Jeremiah says the departure of prominent Christians from the faith isn’t a new phenomenon, although he warns it could be the beginning stages of a “major” wave of defections from the church during the End Times.

Jeremiah, the pastor of Shadow Mountain Community Church in El Cajon., Calif., discussed the subject of “exvangelicals” on Sunday as he began a new sermon series, “Where Do We Go From Here? – How Tomorrow’s Prophecies Foreshadow Today’s Problems.”

“According to the Bible, spiritual deception will cause many to fall away from Christ in the days leading up to the End Times,” Jeremiah said, quoting 1 Timothy 4:1-2, which says, in part, that “in latter times some will depart from the faith.”