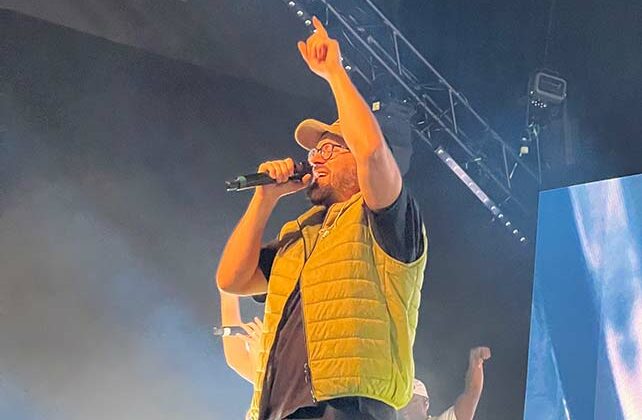 Danny Gokey, three-time Dove Award winning singer and American Idol alum, told a crowded room of fans on Thursday night (Sept. 29) that when Jesus’ people compromise God’s Word, it affects not only them but the next generation.

Gokey’s latest album (2021) and current tour is called Jesus People.Earlier this month, the the 42-year-old singer posted a video on Twitter defining what it means to be Jesus People. Gokey repeated lyrics from his song “Jesus People,” describing them as “misfits and doubters, outcasts and cowards who have been changed by His love.”

Jesus People are “radical and willing to leave everything behind to stand up for what we believe. We’re bold. We’re unstoppable and we’re unashamed. We’re hope givers and gospel sharers,” Gokey continued, encouraging fans to share how God’s love has changed their lives.

ChurchLeaders met with Gokey just moments before he took the stage on the opening night of his “Jesus People” tour in Dayton, Ohio. Joining Gokey every night on tour is Tasha Layton and Jordan Feliz. ChurchLeaders asked Gokey how he’d encourage Christians in today’s broken world and what he hopes God accomplishes throughout the tour.

CL: In the world and nation we live in today where Christians are witnessing many of churches cave to society’s pressure and worldly influence out of fear, whether it be the sexuality movements, the pro-abortion movement, etc…How would you encourage Jesus People to stand strong on God’s Word and not to give into Satan’s lies while it seems more and more churches around them are failing to do so?