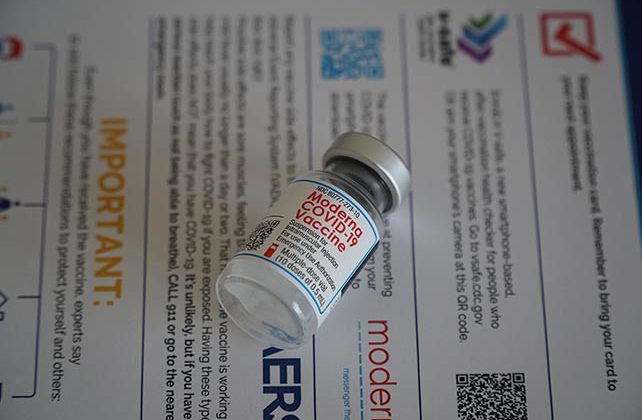 (RNS) On April 28, Connecticut Gov. Ned Lamont signed into law a bill eliminating the state’s religious exemption for mandatory school vaccinations. Three days later, a lawsuit was filed in federal court claiming the law violates the constitutional rights of three mothers — Greek Orthodox, Catholic and Muslim — who refuse to have their children vaccinated for religious reasons.

In 1905, Jacobson v. Massachusetts upheld a state law that empowered municipalities to mandate vaccinations. Writing for the 7-2 majority, Justice John Marshall Harlan declared that “a community has the right to protect itself against an epidemic of disease which threatens the safety of its members,” and concluded that the state law did not “invad(e) any right secured by the Federal Constitution.”

The Jacobson decision noted with approval that many states had made vaccination a condition for children to go to school, and 17 years later, in Zucht v. King, the court unanimously upheld a San Antonio ordinance providing that “no child or other person shall attend a public school or other place of education without having first presented a certificate of vaccination.”

Those decisions, predating the mid-20th-century federalization of the First Amendment’s religion clauses, did not specifically address a claim that state vaccination rules violate someone’s free exercise of religion.

The closest case involving such a claim is Prince v. Massachusetts, from 1944, which concerned a Jehovah’s Witness convicted of violating state child labor law by having her ward, a 9-year-old girl, distribute literature on the street in exchange for contributions. In a 5-4 decision, the court ruled that governmental authority to regulate the actions and treatment of children outweighed such parentally supervised religious activity.

Prince was a close call because it involved the kind of public proselytizing that the court had declared constitutionally protected in Cantwell v. Connecticut just a few years earlier. Given its current proclivity to uphold religious rights against all comers, how the court will handle the new Connecticut case has got to be an open question if the case gets in front of the justices.

Because the lawsuit challenges a state law, the applicable standard of review is the one articulated by Antonin Scalia in Employment Division v. Smith three decades ago. So long as the law in question is “neutral” and “generally applicable,” it cannot be challenged as a violation of the right of free exercise.

For some liberal supporters of strict church-state separation, that standard poses no threat. As constitutional scholars Howard Gillman and Erwin Chemerinsky contend in a new book on the religion clauses, “(I)t supports mandatory vaccination laws even over religious objections, both because of their impact on the well-being of a child but also because of the larger public health interest in a high percentage of vaccinated people.”

But as we have seen in the court’s most recent pronouncements on in-person worship during COVID-19, a law’s neutrality and general applicability can easily be called into question. Thus, the Connecticut plaintiffs argue that the law fails the Smith criteria because it permits medical exemptions while denying religious ones.

If that argument is accepted — and it’s not baseless — then the government needs to pass the “strict scrutiny” test for overturning a First Amendment claim: It must prove that the law furthers a compelling government interest and does so by “the least restrictive means.”

Few would dispute that protecting public health is a compelling government interest. But in the case of children whose parents have refused to vaccinate them on religious grounds, it’s not hard to imagine a less restrictive way to further that interest than an outright ban on school attendance.

Provide them with separate classrooms. Require all students in the school to wear masks and socially distance if the presence of unvaccinated children is insufficient to assure herd immunity. Or something else, no matter the disruption or expense.

If I had to bet on the ultimate outcome of an anti-vaxxer case like Connecticut’s, I’d put my money on SCOTUS finding for the plaintiffs. Where there’s the judicial will, after all, there’s always a way.