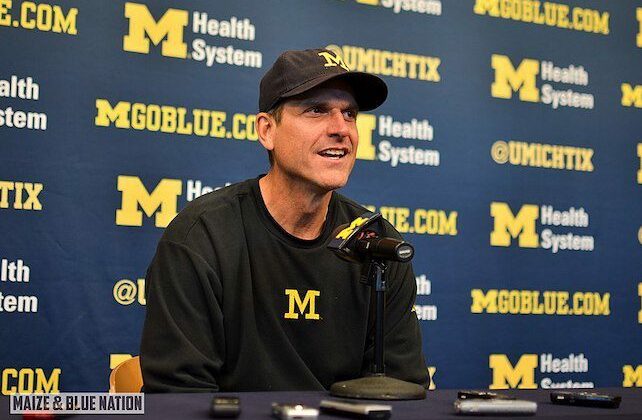 To address a quarterback competition, University of Michigan football coach and outspoken Christian Jim Harbaugh says he followed the example of the Bible’s wisest person: King Solomon. Faced with two strong QB contenders—Cade McNamara and J.J. McCarthy—Harbaugh has decided to let them each start one of the Wolverines’ first two games.

“Some people have asked, ‘How did you come to that decision? Was it based on some kind of NFL model?’” Harbaugh tells reporters. He adds, “No, it’s really biblical. Solomon, he was known to be a pretty wise person.” In 1 Kings 3:16-28, the king cleverly solved a dispute between two women by suggesting they cut a baby in half.