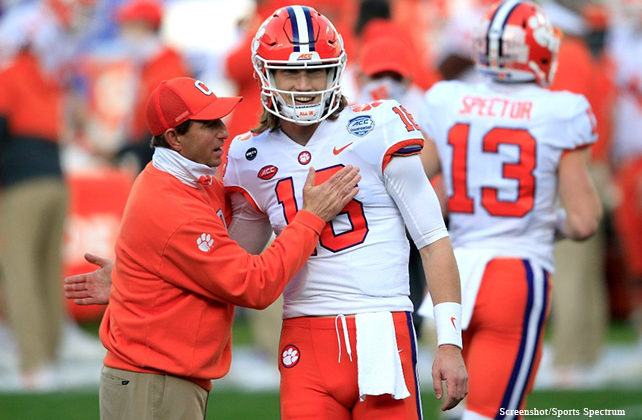 (Sports Spectrum) Clemson football coach Dabo Swinney has coached a number of great players. Trevor Lawrence might be on an island with his potential for greatness, Swinney says.

The junior quarterback is expected to be the No. 1 pick in next week’s NFL Draft after a stellar career at Clemson, which included one national championship and a runner-up finish.

“He’s special, man,” Swinney said during Thursday night’s Sports Spectrum Draft Special. “The good Lord was in a good mood when He made him. He must have had football on His mind that day, because, man, you look up the epitome of quarterback and he’s just the poster child of every area.”