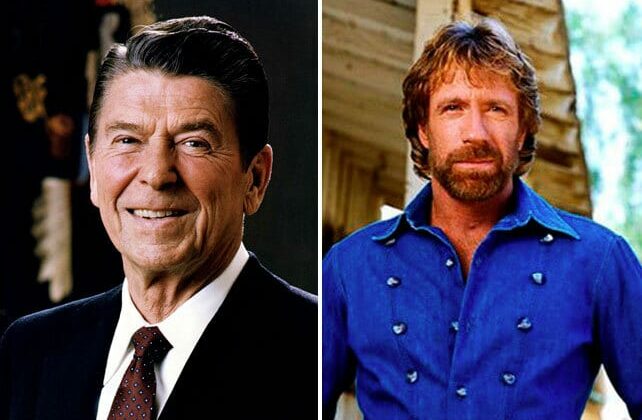 (ChurchLeaders) The day after Mother’s Day, iconic actor, producer, martial artist, and Christian Chuck Norris shared a letter written by the mother of former president Ronald “Dutch” Reagan. In it, Nelle Reagan described her son’s faith in God, which Norris believes contrasts sharply with that exemplified by President Joe Biden.

“Friends, he does love God and he never forgets to thank Him for all his many blessings,” wrote Nelle Reagan in a letter to the family of her former pastor. Her son, Ronald, had just signed a seven-year movie contract with Warner Brothers, and when people expressed concern about his decision to go to such a “wicked place as Hollywood,” Nelle said, “I feel I can trust him anywhere, he has never lost his high ideals of life.”