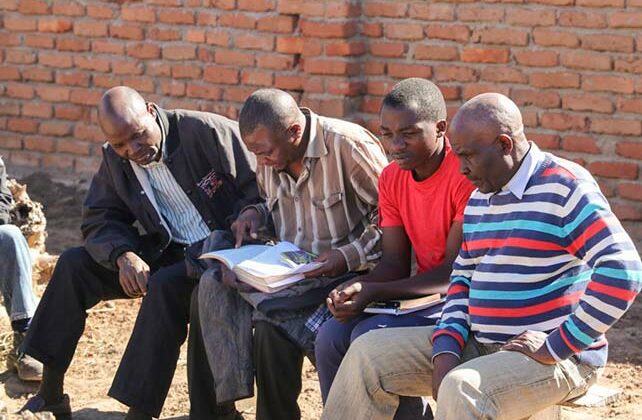 Radical Islamists have killed nearly 3,000 and displaced more than 800,000 Christians and moderate Muslims “in recent years” who refused to recite certain creeds, VOM said in its report. A focal point includes Cabo Delgado where the Christian population has grown to 40 percent Christian since 2017. VOM cites an influx of Christians working in Cabo Delgado and growing conversions among Muslims.

In a 2020 attack that killed 70 residents of a Cabo Delgado village, Islamists decapitated all affirmed Christians.

“Islamists gathered everyone in Pastor Matateu’s village and asked each of them a single question: ‘What is your religion?’ Those who answered ‘Christian’ were decapitated, and pastors and their families were killed in especially gruesome, torturous ways,” VOM said. “The insurgents then reportedly raised an Islamic flag and declared the establishment of Sharia, or Islamic law. Pastor Matateu and his family hid in the bush for more than a month.”

The terrorists are members of Ahl al-Sunnah wal-Jamaah, translated as “adherents of the prophetic tradition,” remnants of an extremist group from Tanzania. The group initially targeted police and government buildings, VOM said, but began targeting Christians and entire towns after pledging allegiance to the Islamic State in 2019. Locally, the insurgents are known as al-Shabab, but are not affiliated with the Somalian Islamists of the same name.

Among the towns that have been attacked is the Indian Ocean port city of Mocimboa de Praia, once home to 120,000 people, which has been devastated and largely abandoned since 2019.

“When one of our VOM staff members arrived in Pemba, Mozambique earlier this year, he was immediately taken to lunch with four pastors, all of whom had experienced Islamist attacks firsthand,” Nettleton said. “One pastor, who had been separated from his wife while fleeing attackers, still didn’t know if his wife was alive or dead months after the attack. And another pastor had suffered the traumatic experience of finding the mutilated body of his young son, who was murdered by the Islamists.”

Nettleton cited the pastors’ perseverance in faith and Christian service, encouraging prayers that Mozambique Christians remain faithful, be comforted as they comfort others, and have opportunities to show Christ’s love to their persecutors.

“Jesus is being lifted up in northern Mozambique. His great name is being glorified by men and women who value Jesus Christ more than their own safety or comfort, men and women who ‘loved not their lives even unto death,’” Nettleton said, referencing Revelation 12:11.

VOM quoted Matateu as saying, “What could separate me from God? Death, no! The war, no! So of course, I will continue to serve my God. Because He gave Himself, I will always give myself.”

Nationwide, 54 percent of Mozambique’s 32.3 million people are Christian, persecution watchdog Open Doors said in its 2022 World Watch List that ranked Mozambique as the 45th most dangerous country for Christians. It is the country’s first time on the list of the 50 countries where Christians suffer the most persecution and danger.

RELATED: NEW: The Top 5 Trends From the 2022 World Watch List

Constitutionally identified as a secular country with religious freedom, Mozambique “generally … has limited religious freedom,” Open Doors has said. “However, the persecution of Christians is severest in the northern Cabo Delgado Province due to ISIS-affiliated extremists carrying out violent attacks there.”

Open Doors also linked expanded persecution to Mozambique’s withdrawal of its army from the area and the presence of drug cartels.