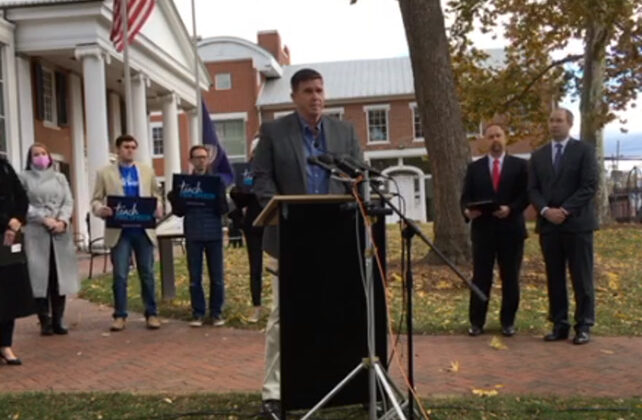 Virginia Leesburg Elementary School teacher Tanner Cross, who was suspended for speaking out against the school district’s proposed “gender-expansive” policy, has won a settlement filed by the Alliance Defending Freedom (ADF).

After a May 25th board meeting, Cross was suspended for saying, “It’s against my religion” as a Christian to “affirm that a biological boy can be a girl and vice versa.” Cross was later reinstated after a judge agreed that the teacher was “speaking as a citizen, not in his official capacity” and in “a forum where public comment was invited.”

In a statement released on Monday November, 15, 2021, the ADF wrote, “The Loudoun County School Board has agreed to a permanent injunction prohibiting it from retaliating against Cross for expressing his constitutionally protected views on the board’s transgender policy.”