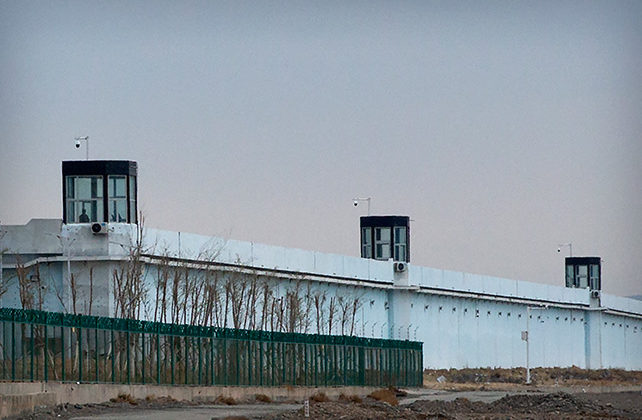 (RNS) China faced condemnation from the United States and a handful of other U.N. member states at a United Nations event on Wednesday (May 12) over treatment of its Uyghur minority and other Turkic Muslim groups in the Xinjiang province.

The event sought to pressure Beijing to allow a United Nations human rights representative to visit the region and conduct an independent investigation. China attempted to arrange a boycott of the event before ultimately deciding to make a last-minute appearance in which it challenged the widely reported characterization of Xinjiang in the international community.

“We will keep standing up and speaking out until China’s government stops its crimes against humanity and the genocide of Uyghurs and other minorities in Xinjiang,” said U.S. Ambassador to the U.N. Linda Thomas-Greenfield. She was joined at the event by her counterparts from the United Kingdom and Germany.

“Expressions of religion have been criminalized, and Uyghur language and culture have been discriminated against systematically,” said the United Kingdom’s Barbara Woodward during her remarks.

Uyghur activist Jewher Ilham offered a personal example of how edicts from China’s Communist Party are changing the Uyghur language. She recounted how in conversations with her own relatives, she found that instead of the common phrase “May God give you peace,” her relatives were using the phrase “May Xi Jinping give you peace,” referring to the president of the People’s Republic of China.

“The U.S. and its allies make a presumption of guilt and then fabricate so-called evidence,” said the Chinese diplomat in attendance who was Guo Jiakun, a member of China’s UN mission, according to Reuters. Guo  argued that China was the victim of a campaign in which the plight of its 12 million Uyghurs was being used to destabilize the country. He used a short clip from a Ron Paul Institute event in 2018 to underscore his point.

Guo, who made clear his attendance was made in protest over the legitimacy of the event, offered blanket denials of the various charges made against China and argued that the world was afraid of the truth regarding Xinjiang, which is also known as East Turkestan to inhabitants of the region.

The event was jointly organized by 18 member states and a number of human rights groups. While that figure represented a fraction of the United Nations’ 193 member states, there are signs that concern about the situation in Xinjiang is growing. According to the organizers, members of 50 different delegations attended the event despite China’s effort to organize a boycott of the proceeding. In October 2020, a cross-regional working group that expressed worry about China’s “political reeducation camps” attracted 39 member states.

“There is extraordinary momentum as governments around the world seek to hold the Chinese government accountable for human rights violations. The U.N.’s leadership should follow their example, condemn China’s massive abuses, and publicly report on the rights situation in Xinjiang,” said Kenneth Roth, executive director of Human Rights Watch.

China has claimed its efforts are due to terrorism concerns. Roth argued it was more likely China’s efforts were linked to the $1 trillion Belt and Road Initiative. One of the goals of this effort is to better connect China’s interior with pan-Eurasian trade through a new Silk Road.

Fernand de Varennes, U.N. special rapporteur on minority issues, the sole United Nations bureaucrat to speak at the event, expressed frustration with China’s refusal to allow an independent inquiry into the situation. Varennes pointed out that in the recent past, both the United States and the Russian Federation, which like China are both permanent members of the United Nations Security Council, cooperated with such investigations.

“Where there is smoke, there is fire, and (in Xinjiang) there is a heck of a lot of smoke,” Varennes said.