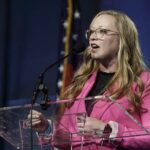 By Tom Strode ANAHEIM, Calif. (BP)—The reversal of the Roe v. Wade decision will be cause for celebration if it occurs, but it will not change the fact that the church must compassionately reach abortion-minded women, Southern Baptist pro-life specialist Elizabeth Graham said Wednesday (June 15) at the SBC’s annual meeting. The Ethics & Religious Liberty Commission … END_OF_DOCUMENT_TOKEN_TO_BE_REPLACED 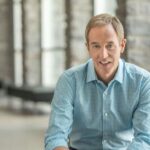 Is your church welcoming to all people, whether they are Democrats, Republicans or affiliated with another political party? It should be, said Andy Stanley in a recent interview on the Stetzer ChurchLeaders Podcast.  “If the Democrats are as evil and as anti-family and as anti-God as they have been made out to be,” said Stanley, “then they are the mission field. … END_OF_DOCUMENT_TOKEN_TO_BE_REPLACED 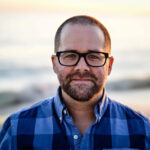 Bob Smietana (RNS) Steve Austin, a former pastor who wrote candidly about his struggles with mental health, has died.  Police in Hoover, Alabama, confirmed that the body of Austin, whose full name was Glenn Stephen Austin, was found in that city on Monday (June 7). The death is being investigated as a suicide. Several friends and his publisher also confirmed Austin’s … END_OF_DOCUMENT_TOKEN_TO_BE_REPLACED 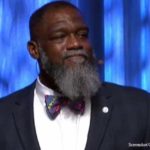 (Christian Headlines) Dr. Voddie Baucham, the Dean of Theology at African Christian University in Lusaka, Zambia, recently gave some words of warning regarding the Black Lives Matter organization on Glenn Beck’s radio program. According to The Blaze, Baucham cautioned against the organization noting that people are being labeled as racist for not agreeing with all that … END_OF_DOCUMENT_TOKEN_TO_BE_REPLACED

Matthew Meinecke, known on social media as The Seattle Preacher, was arrested last weekend for preaching and reading his Bible, once during a Roe v. Wade rally and the next day at a Pride parade. A video Meinecke posted on Twitter shows protesters taking Meinecke’s Bible and ripping pages out of it, throwing them on the ground while screaming obscenities at … END_OF_DOCUMENT_TOKEN_TO_BE_REPLACED