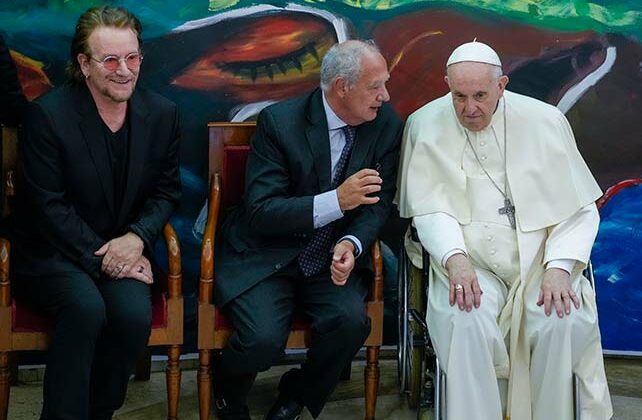 VATICAN CITY (AP) — U2 frontman Bono hailed Pope Francis for promoting “inclusivity” on Thursday as he met with the pontiff in Rome alongside students attending an educational program launched by the pope.

Francis has promoted the Scholas Occurrentes (Schools of Meeting) program since he was archbishop in Buenos Aires and recently upgraded its status in the church to make it a private association of the faithful.

Bono, whose real name is Paul David Hewson, praised the pope for creating the program and its emphasis on the education of girls.