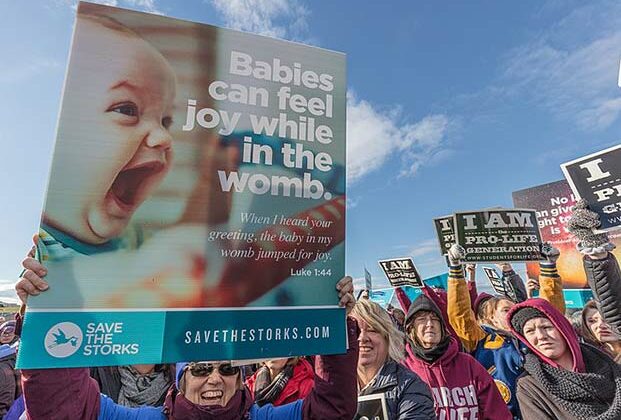 DENVER, Colo. (BP)—State and national leaders among Southern Baptists responded with dismay to a new Colorado law that codifies the right to abortion and called for Christians to advocate for unborn children.

Gov. Jared Polis signed into law Monday (April 4) the Reproductive Health Equity Act, which guarantees the decision to abort an unborn child is a “fundamental right” in Colorado. It also says “a fertilized egg, embryo, or fetus does not have independent or derivative rights” under Colorado law and prohibits state and local governments – and any other “public entity” – from interfering with a woman’s right to an abortion.

Some opponents of the measure contend it goes so far as to legalize infanticide of newly born children.

Enactment of the Colorado law is the latest state action on the issue in efforts by both abortion-rights and pro-life advocates to prepare for a pending decision by the U.S. Supreme Court. That ruling could reverse the justices’ nearly 50-year-old opinion that legalized abortion throughout the country.

“In a time when we hear politicians speaking voluminously about the imperative to view all lives as valuable, regardless of positions, backgrounds, or preferences, many of those same leaders are inconsistent with their own rhetoric,” Proud told Baptist Press in written comments.

“The Scriptures communicate the heart of God as truly giving value to human life, ALL human life,” he said. “As God’s people, we must fervently pray to the Father for Gospel transformation in the hearts of our leaders, and we must take up the cause of giving a voice to the voiceless.”

Southern Baptist public policy specialist Chelsea Sobolik said, “By taking this action, Colorado is proving that not only does the Supreme Court need to overrule the precedents set in [previous opinions], but it should take the next step to affirm a right to life for our most vulnerable neighbors.

“This Colorado law puts preborn lives and American consciences in jeopardy,” said Sobolik, director of public policy for the Ethics & Religious Liberty Commission (ERLC), in written remarks for BP. “Christians must continue to be on the forefront of caring for vulnerable women and children, and upholding the dignity and worth of every single person.”

The new law’s language has prompted warnings it would enable the withholding of medical care for a baby who survives an abortion or even allow the euthanization of a newborn.

In a March 24 editorial, The Colorado Springs Gazette urged Polis to veto the bill, saying it would establish “the country’s most radically anti-child, anti-minority law.” The law bars the government from restricting a person’s “reproductive health care,” which it defines to include “postnatal” care, The Gazette said.

“A ‘postnatal’ human is a newborn child – a full-fledged person with rights,” The Gazette editorial said. “The bill expressly forbids legal protection for newborns.”

The Supreme Court is expected to issue a decision by this summer on a Mississippi law that prohibits abortion after 15 weeks’ gestation. Many pro-life and abortion-rights advocates believe the justices are likely not only to uphold the law but to reverse the 1973 Roe v. Wade opinion that legalized the procedure nationwide. Such a ruling by the Supreme Court would return abortion policy to the states.

In anticipation of a potential overruling of Roe, pro-life legislators and governors are seeking to enact abortion restrictions that would be law in their states if the high court issues such an opinion.

Idaho already has adopted this year a measure modeled on a 2021 Texas law that prohibits the abortion of an unborn child whose heartbeat can be detected, which can be as early as five to six weeks’ gestation. Like the Texas measure, the legislation signed March 23 by Idaho Gov. Brad Little authorizes a private citizen – in this case, a family member – to bring a civil lawsuit against someone who performs a prohibited abortion.

In other pro-life laws enacted this year:

A 15-week abortion ban passed by both houses in Florida is awaiting Gov. Ron DeSantis’ signature. The Oklahoma House of Representatives approved Tuesday (April 5) a Senate-passed bill that prohibits abortion and could result in a 10-year prison sentence for a doctor, and Gov. Kevin Stitt is expected to sign it. Other abortion regulations also are in the legislative process in several states.

In addition, Kentucky citizens will vote on a measure in November that says the state constitution does not protect a right to abortion or require the funding of abortion.

Meanwhile, legislators and governors who support abortion rights also are preparing for a possible reversal of Roe. In addition to Colorado, New Jersey approved legislation in January to protect abortion as a fundamental right. The Vermont House of Representatives passed in February an amendment to the state constitution that would enshrine abortion rights. Vermont voters are expected to approve the amendment in November.

Before signing the Reproductive Health Equity Act Monday, Polis, a Democrat, called the measures in such states as Texas, Arizona and Kentucky “an enormous government over-reach.”

“Colorado has been, is and will be a pro-choice state,” Polis said. “[M]any legal pundits conclude that it’s likely a matter of time ’til the federal protections at the Supreme Court simply cease to exist. We in Colorado simply don’t want to take that risk.”

In the case being considered by the justices, Mississippi and many pro-life organizations, including the ERLC, asked the high court in briefs to reverse not only Roe but the 1992 Planned Parenthood v. Casey opinion that affirmed that decision.