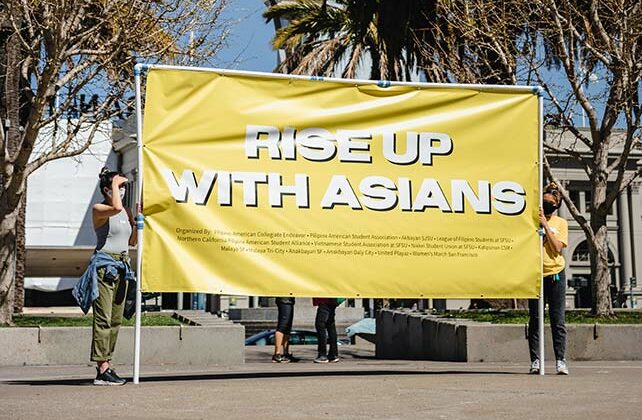 WASHINGTON (BP) — “Asian-American” is too broad a term to encompass descendants in the U.S. of more than 20 or more Asian and Indian nations, the Pew Research Center found in its largest canvas of Asian Americans to date.

When many non-Asian Americans hear or use the pan-ethnic term, they are considering only a portion of Asia such as China, Japan or North or South Korea, not considering or being cognizant of lesser known countries such as Bhutan or Nepal, Pew said Aug. 2 in releasing its findings.

The lack of knowledge in the U.S. of Asia’s diversity challenges Asian Americans to be themselves, many respondents told Pew.

“I guess … I feel like I just kind of check off ‘Asian’ [for] an application or the test forms. That’s the only time I would identify as Asian. But Asian is too broad,” a U.S.-born woman of Taiwanese origin in her 20s told Pew. “Asia is a big continent. Yeah, I feel like it’s just too broad. To specify things, you’re Taiwanese American, that’s exactly where you came from.”

The rich diversity of Asian Americans must be embraced in reaching them with the Gospel, Southern Baptist Asian ministry mobilizer Peter Yanes told Baptist Press.

“As Asians are the fastest growing racial and ethnic group, of which the majority are immigrants, the growing U.S.-born generation of Asians is adding to the complexity of having a strategic ministry approach to reach them with the Gospel,” said Yanes, executive director of Asian American relations and mobilization for the Southern Baptist Convention Executive Committee.

“We might be referred to as a monolithic ethnic group, but we’re different from each other depending on origins, backgrounds and culture, along with many other subgroups,” Yanes said. “That’s why we now have 10 (Korean, Chinese, Filipino, Vietnamese, Burmese/Myanmar, Hmong, Lao, Cambodian, Japanese and NextGen) organized Asian networks closely in partnership with us for the Gospel.”

RELATED: Asian American Christians See More Work for the Church to Do to Stop AAPI Hate

“This approach allowed us to hear a diverse set of voices — especially from less populous Asian ethnic groups whose views, attitudes and opinions are seldom presented in traditional polling,” Pew said. “The approach also allowed us to explore the reasons behind people’s opinions and choices about what it means to belong in America, beyond the preset response options of a traditional survey.”

“The analysis here representing 18 distinct Asian ethnic origin groups and languages is a great way to consider starting a conversation to understand our diverse 2,000 plus cooperating Asian churches in the Southern Baptist Convention,” Yanes said. “We need to be more inclusive in our engagement so that all our Asian ethnicities and the next generation feel at home and are given opportunities to serve in our local churches, associations, state conventions, and entities.”

Those interviewed in the study voiced a diversity of concerns and perspectives, although a few trends were apparent.

“For example, recently arrived Asian immigrant participants told us they are drawn more to their ethnic identity than to the more general, U.S.-created pan-ethnic Asian American identity,” Pew wrote of its findings. “Meanwhile, U.S.-born Asian participants shared how they identified, at times, as Asian but also, at other times, by their ethnic origin and as Americans.”

The term Asian American was popularized in the U.S. in the 1960s and eventually adopted by the U.S. Census Bureau.

Often, Asian American ethnic groups voiced a disconnect between how they see themselves and how others see them.

“Sometimes this led to maltreatment of them or their families, especially at heightened moments in American history such as during Japanese incarceration during World War II, the aftermath of 9/11 and, more recently, the COVID-19 pandemic” Pew wrote. “Beyond these specific moments, many in the focus groups offered their own experiences that had revealed other people’s assumptions or misconceptions about their identity.”

“Our Asian churches have been around for years in the Southern Baptist Convention. They are more than ever equipped and ready to work alongside our partner churches and ministries to reach the over 24 million population,” Yanes said. “Asian churches are our partners in the gospel ministry.”

Findings from Pew’s study, What It Means To Be Asian in America is available here.