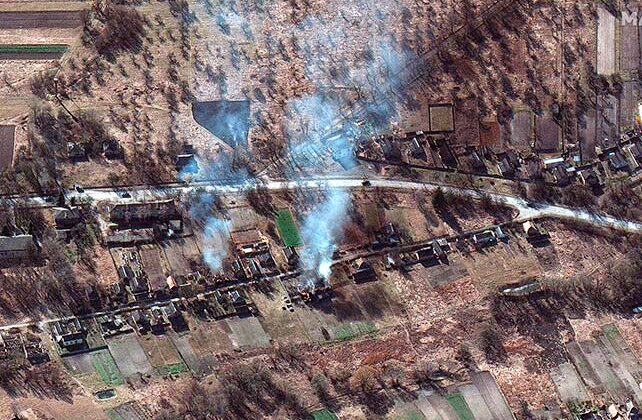 KYIV, Ukraine (AP) —More than 70 Ukrainian soldiers were killed after Russian artillery hit a military base in Okhtyrka, a city between Kharkiv and Kyiv, the head of the region wrote on Telegram.

Dmytro Zhyvytskyy posted photographs of the charred shell of a four-story building and rescuers searching rubble. In a later Facebook post, he said many Russian soldiers and some local residents also were killed during the fighting on Sunday. The report could not immediately be confirmed.