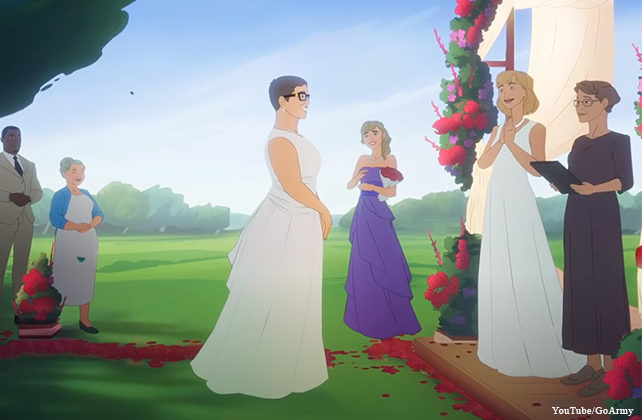 The advertisement, titled Emma|The Calling, showed a girl’s childhood before she joined the Army as a Patriot Missile operator. The two-minute video followed Emma while she watched her two mothers get married, joined a sorority at the University of California-Davis, and fought for “freedom” at a young age by participating in a gay rights parade.

“It begins in California with a little girl raised by two moms. Although I had a fairly typical childhood, took ballet, played violin, I also marched for equality. I like to think I’ve been defending freedom from an early age,” she said in the advertisement, which was posted to YouTube on May 4.