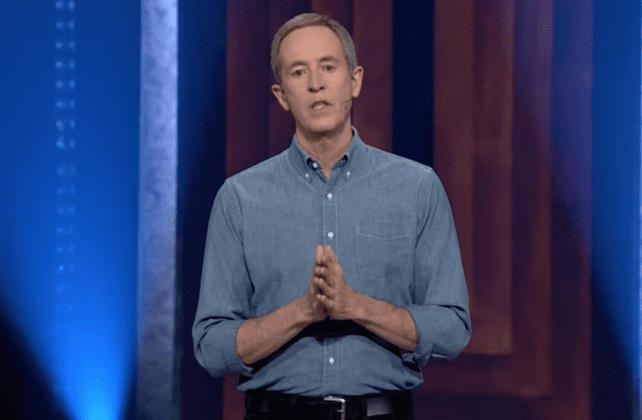 Pastor and author Andy Stanley came under fire on social media this week for a now deleted tweet, which argued that the Christian faith rises and falls on the person of Jesus rather than the accuracy of the Bible.

“The Christian faith does not rise and fall on the accuracy of 66 ancient documents,” the tweet said. “It rises and falls on the identity of a single individual: Jesus of Nazareth.”

The tweet was a quote taken from a message that Stanley delivered at North Point Community Church in Alpharetta, GA, where he serves as senior pastor. Stanley linked to a video of the full message in the tweet thread.