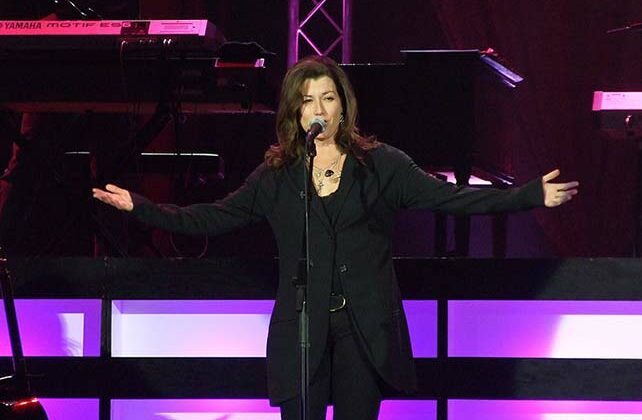 (RNS) — Contemporary Christian musician Amy Grant has been named one of the Kennedy Center’s five honorees for 2022.

“Never in my wildest dreams did I imagine ever receiving this prestigious Kennedy Center Honors,” Grant said in a statement. “I cannot wait to celebrate with my fellow honorees, friends, and family. Thank you for widening the circle to include all of us.”

Kennedy Center Chairman David M. Rubenstein lauded Grant, saying in a statement that she “became the first artist to bring contemporary Christian music to the forefront of American culture, then equally thrived after crossing over into mainstream pop with hit after hit, and today is revered as the ‘Queen of Christian Pop.’”

Over more than four decades, Grant has had album sales exceeding 30 million and more than a billion global streams, earning three multiplatinum albums, six platinum albums and four gold albums. She was the first contemporary Christian musician to have a No. 1 hit on the pop charts with “Next Time I Fall,” a 1986 duet with Peter Cetera of the band Chicago, and the first to perform at the Grammy Awards, eventually becoming a six-time Grammy winner.