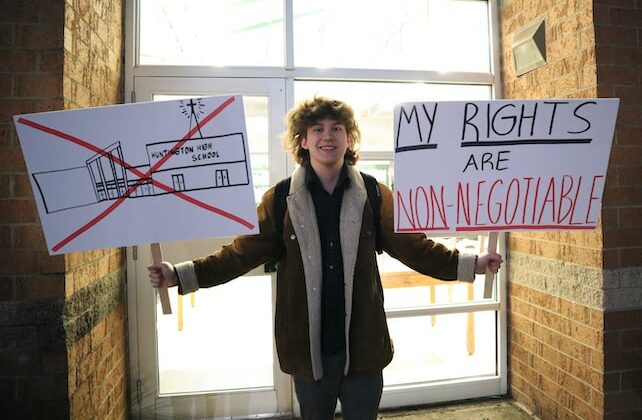 A walkout was just the beginning for some students at Huntington High School in West Virginia who say they were forced to listen to an evangelical preacher during school hours. Now 11 families, with help from the Freedom From Religion Foundation (FFRF), are suing the school district, superintendent, and principal in federal court. The goal is a permanent injunction against such religious activities, which reportedly have occurred before in district schools.

As ChurchLeaders reported, about 100 students at Huntington High School walked out of classes earlier this month, protesting the student-led religious assembly. A school-district spokesperson explained that two teachers didn’t realize the event was voluntary and accidentally took their entire homeroom classes—including some Jewish students—to listen to Nik Walker.